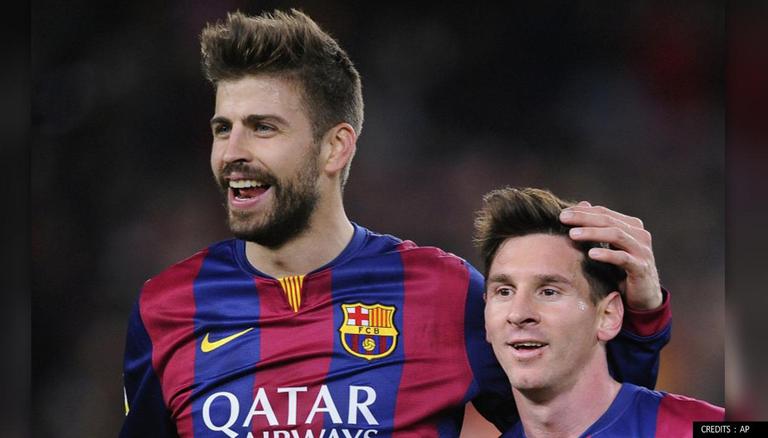 
Spanish defender Gerard Pique has said that he and his club FC Barcelona are a 'bit broken' after the departure of one of the modern-day greats of the game Lionel Messi. Lionel Messi and FC Barcelona parted ways recently after the Catalonian giants were unable to offer Messi a new contract despite both parties coming to terms on a new deal because La Liga's financial fair play rules would not permit them to do so, as per Barcelona president Joan Laporta, after his previous contract expired on June 30, 2021.

Lionel Messi had spent 21 years at Barcelona across various levels.

“The team was honestly a bit broken because of Messi’s departure, we will lose magic in attack, but we have to move forward, the fans expect a lot from us. We lose the best player of all time. It has hurt us and it hurt him too. I don’t know the whole story, the two parties have said that it has been a matter of numbers... The management of the last years hasn’t helped, but history shows that we will get up", said Pique while speaking to TV3.

“People really want to come to the stadium and we have to cheer the fans. We have to start winning and give them nice things. We need the fans with us. We are Barça and, despite losing Messi, we will have options", he added.

On Sunday, Lionel Messi was reduced to tears in a heartbreaking and emotional press conference at Camp Nou as he bid farewell to his boyhood club FC Barcelona where he spent 21 years. As Leo stood by the podium, the crowd consisting of Barcelona players and media persons, stood and applauded their legend for over a minute and a half, as Messi could not hold back his tears.

As the resounding applause began to fade, Messi pulled out a tissue and wiped his tears as he began to speak about his departure and say his farewell.

The video was posted by FC Barcelona on their official Twitter handle.

When Messi cries, we all cry.
Big hug. ❤️ u Leo. pic.twitter.com/wAHhzWrkP3