Olivier Giroud found himself on the score sheet for Les Bleus during their friendly against Bulgaria, moving closer to being France's all-time top-scorer. 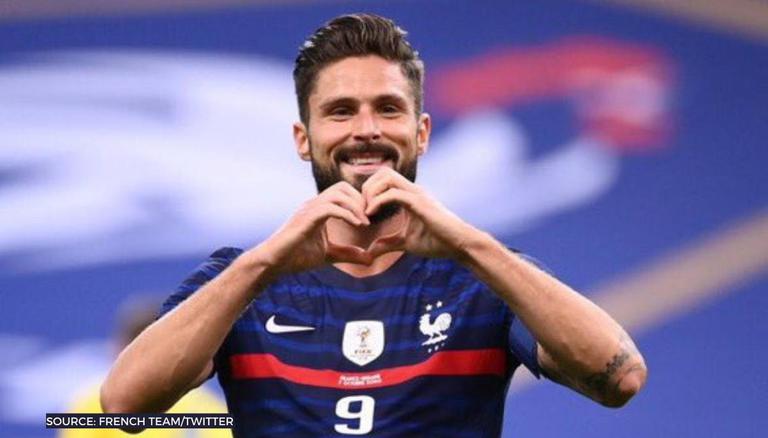 Chelsea striker Olivier Giroud took a step closer to breaking Thierry Henry France record following his exploits for the French national team ahead of the upcoming European Championship. The 34-year-old attacker found himself on the score sheet for Les Bleus again and is now just six goals away from being France all time top-scorer.

Giroud came in and recorded a brace after Benzema picked up a knock in the first half 😮 pic.twitter.com/6v4iWKB9A3

Olivier Giroud was set to enter the highly anticipated Euro 2020 with 44 goals in 107 games until the second international friendly between France and Bulgaria. The 34-year-old started the game off the bench before coming on the pitch to replace Real Madrid star Karim Benzema and finding the back of the net twice in the second half. It led to the Chelsea star seeing his tally move up to 46 goals in 108 games for Les Bleus, taking him just six goals away from being France's all time top-scorer.

As Olivier Giroud approached the French team's goalscoring record, Thierry Henry was nothing but praise as he spoke about the Chelsea striker. The Arsenal legend was quoted by Goal saying that records are made to be broken and how he often speaks to Giroud and compliments him with "well done" whenever he scores a goal or two. Henry also claimed how "it would be a great achievement" and that Giroud deserves to surpass his record tally.

Following the two warm-up matches against Wales and Bulgaria, Olivier Giroud is set to feature for Les Blues in the Euro 2020 campaign opener against Germany. The 2018 World Cup winners find themselves in a tricky group with the likes of Germany, Hungary and Portugal drawn alongside them in the group stage of the European Championship. With Karim Benzema injured during the second friendly against Bulgaria, France head coach Didier Deschamps will rely heavily on Olivier Giroud to lead the line and link up with Kylian Mbappe and Antoine Griezmann in the upcoming Euro 2020.