Gokulam Kerala Vs ATK Mohun Bagan Live Streaming: When And Where To Watch AFC Cup Match

Know when and where to watch the live streaming of the Gokulam Kerala vs ATK Mohun Bagan, AFC Cup 2022 match, which will be played at Kolkata on Wednesday. 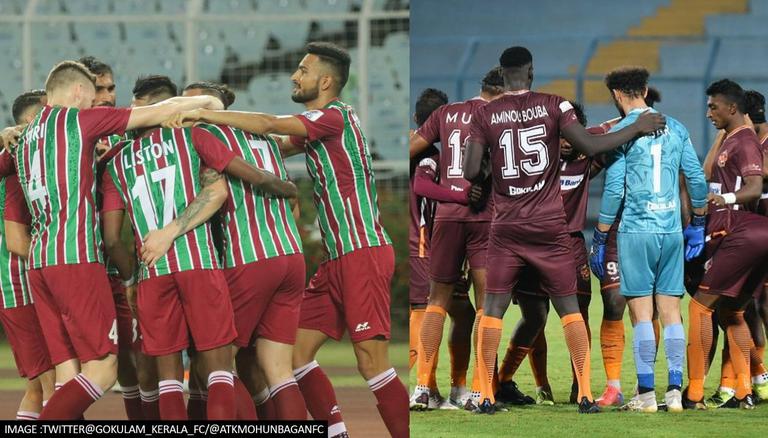 
ATK Mohun Bagan and Gokulam Kerala are up against each other in the AFC Cup 2022 game at the Salt Lake Stadium in Kolkata on Wednesday. Mohun Bagan begin their campaign on Wednesday after finishing the regular season of Indian Super League 2021-22 as the runners-up and secured two wins against Nepal’s Blue Star (5-0) and Bangladesh-based club Abahani Dhaka (3-1)  in the preliminary round 2 qualifiers to qualify for the group stage of the AFC Cup. At the same time, Gokulam Kerala are the newly-crowned I-league champions.

Meanwhile, both teams are placed in Group D alongside Bangladesh’s Bashundhara Kings and Maziya from the Maldives. Mohun Bagan head coach Juan Ferrano has to figure out a solution for the side’s defense as center-back Sandesh Jhingan will not feature in the squad. Having said that, here are the live streaming details and predicted playing line-ups for the AFC Cup 2022 match.

When and where to watch the Gokulam Kerala vs ATK Mohun Bagan, AFC Cup 2022 match?

Indian football fans wondering how to watch the AFC Cup 2022 match by tuning in to the live telecast by Star Sports Network. The live streaming of the match between Gokulam Kerala and ATK Mohun Bagan will be available on Disney+Hotstar mobile application and website. The match will be played at the Salt Lake Stadium in Kolkata and will begin at 4:30 PM IST.

The Spanish center-back Tiri has been a key to ATK Mohun Bagan’s performance throughout the IST 2021-22 season.

Luka Majcen scored 13 goals and assisted seven times in the 2021-22 season, after joining the team in January from Bengaluru United.