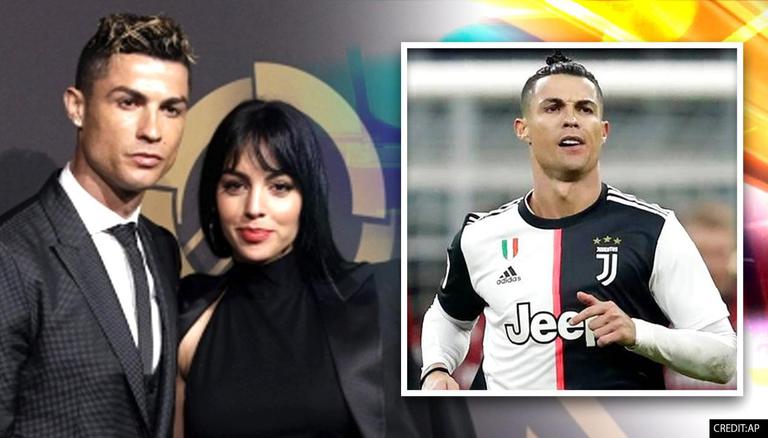 
Football icon Cristiano Ronaldo's girlfriend Georgina Rodriguez has told fans that he will be prolonging his stay at Juventus and not heading to either English club Manchester United or French football club  Paris Saint-Germain (PSG) this summer.

While Cristiano Ronaldo's girlfriend Georgina was walking on the streets of the Pyrenees region in north-eastern Spain, a fan of the game and Ronaldo asked her whether 'CR7' will be parting ways with Juventus or will he be associated with them this summer (in Spanish) to which Georgina Rodriguez replied by saying that the Portuguese football megastar will be 'staying' in the Serie A club.

The video has since gone viral on social media, watch it here -

Cristiano Ronaldo has had an illustrious career so far and the Portuguese icon continues to win silverware and add to his honours. The five-time Ballon d'Or lifted his 34th career trophy a couple of weeks ago as Juventus defeated Atalanta in the Coppa Italia final 2021.

Cristiano Ronaldo continues to add silverware to his stacked trophy cabinet as the Juventus ace clinched his first Coppa Italia title since his move to Italy. While the Portuguese did not get onto the scoresheet, Juventus managed to eke out a 2-1 win in the Coppa Italia final 2021 against Atalanta, with Dejan Kulusevski and Federico Chiesa getting on the scoresheet. The Coppa Italia was the only major domestic trophy missing from Ronaldo's cabinet, and the Portuguese megastar has now added that into his collection.

'CR7'  has won a host of titles since breaking through at Manchester United under Sir Alex Ferguson. In England, Cristiano Ronaldo lifted the Premier League thrice, the League Cup twice, one Community Shield, and lifted a solitary FA Cup. He moved to Spain in a then world-record transfer, where he lifted two LaLiga titles, two Copa Del Rey titles, and two Spanish Super Cup titles before his move to Juventus. Ronaldo had lifted the Serie A twice in two seasons before this term and had won the Italian Super Cup twice, but the Coppa Italia glory had eluded him for consecutive seasons. However, that run has now ended and the former Manchester United has won all domestic titles in the three countries.

In fact, the Euro Cup winner had continental success at both Manchester United and Real Madrid, winning the Champions League, the Club World Cup, and the UEFA Super Cup at both clubs.

Cristiano Ronaldo has continued to shine in Serie A since joining Juventus in 2018 with the Portuguese superstar scoring goals for fun with the Turin side in the last three years. The five-time Ballon d'Or winner has racked up 96 goals for the Bianconeri since joining them, helping the team win two consecutive Serie A titles.