'Ibrahimovic Is A Myth,' Say Fans As Zlatan Scores Goal On Return With Unlaced Boots

Soon-to-be 40, Zlatan Ibrahimovic scored after four months out, with his boots untied in AC Milan's 2-0 win over Lazio in the Serie A. 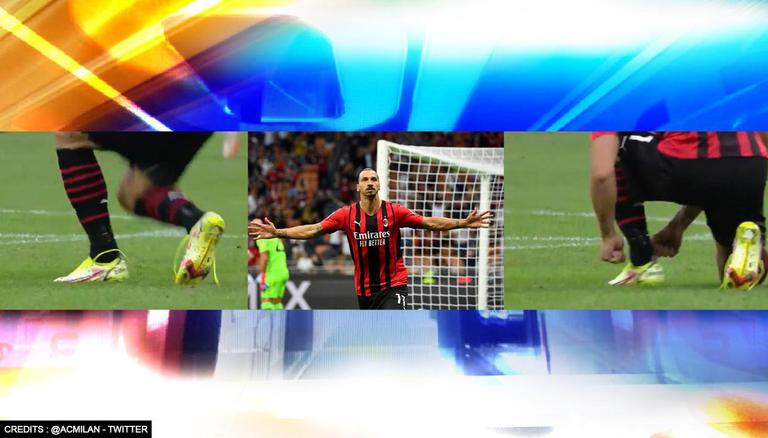 
AC Milan forward Zlatan Ibrahimovic once again proved that age is just a number after the soon-to-be 40-year-old scored with his boots untied in their 2-0 win over Lazio in the Serie A. In the build-up to his goal, Zlatan was on the halfway line just about to tie his shoelaces but just at that moment, Ante Rebic was making a run down the left-hand side so Ibra left his shoelaces as is and ran towards the box in support of his teammate. Rebic played a brilliant ball to Ibra who also made a wonderful run and was on hand to finish into an almost empty net.

The goal was posted to AC Milan's Twitter handle with the caption, "Who needs shoelaces when you've got Ibrahimovic."

One fan used the famous Zlatan jokes format to say that Zlatan does not need shoelaces but rather shoelaces need him.

One user compared his finish to the likes of Kylian Mbappe's goal, with speed and precision.

His run and finishing in that match was like Mbappe . Neat , fast and simple 😘

Another user said that Ibra will play the next match without any shoes, he might just prove a point.

Next one he is playing shoeless. Just because.

A user calls Ibra a myth. Playing top-class football and making a run like that to score at the age of 39, he might just be.

iBra is a myth, legend!

While some users were calling it a simple tap-in one came to Ibra's defence claiming that there is more to the goal than just standing there and tapping it into the back of the net.

What kind of defending though..the right sided center back didn't even bother following him

A Twitter user also pointed out Rebic's important run and beautifully threaded ball to Ibra that helped him score.

Lets not forget how rebic brilliantly make defender focus on him and patiently wait until ibra got into penalty box before made that assist. 🥰

Ibrahimovic returned to the field after four months out with a knee injury on Sunday when he scored. Milan coach Stefano Pioli said after the match against Lazio that Ibra never gets old. "Ibrahimovic never gets old and he has great passion, a fire burning inside him. He competes to win, he always trains to the maximum and he does so with pleasure. When you are like that you do not feel the years go by," said Pioli as quoted by Goal.com.

READ | MATCHDAY: Ibra back for Milan; Bale could start for Spurs

However, there is some worrying news, Ibra will be missing Milan's UEFA Champions League game against Liverpool on Wednesday. Based on reports he has been feeling pain in his Achilles tendon during training on Tuesday morning and will miss the match as a precaution.

WE RECOMMEND
Zlatan Ibrahimovic unveils trailer of his movie 'I Am Zlatan' set to release in September
Zlatan Ibrahimovic facing 3-year career-ending ban amid betting investment allegations
What happened to Zlatan Ibrahimovic? Milan striker to be probed for betting company links
Cristiano Ronaldo Returns: Which Premier League clubs has he scored the most against?
Zlatan Ibrahimovic believes he’s no less than Ronaldo, Lionel Messi: 'I'm best in world'