Inter Milan Back Out Of Florida Cup; Cite Pandemic As Reason For Withdrawal

Inter Milan followed Arsenal in exiting from the preseason tournament in Florida saying that they do not want to risk the health and well-being of the players. 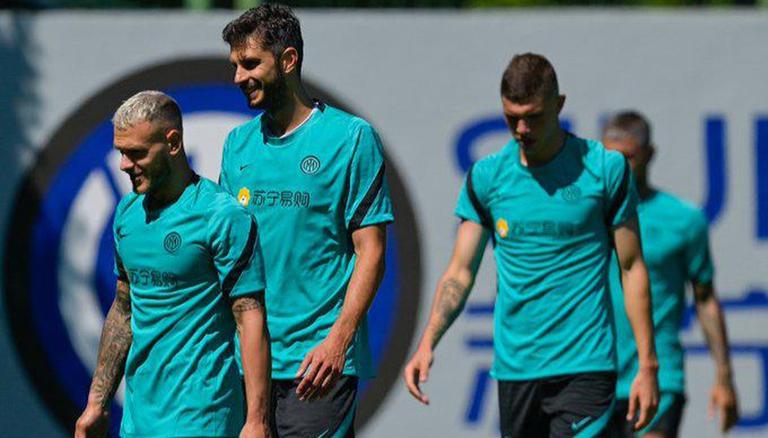 
Inter Milan are now the second team to withdraw from the upcoming pre-season tournament Florida Cup in the US owing to the risks involved in international travel. The Serie A defending champions are following in the footsteps of Premier League outfit Arsenal after they withdrew from the tournament due to the spread of COVID-19 in their club.

In an official statement on their website, Inter said, "FC Internazionale Milano announce that they will not be travelling to the USA for the Florida Cup due to the current risks involved in international travel as a result of the spread of the pandemic, risks that have already caused Arsenal F.C. to withdraw from participation."

Inter and Arsenal were scheduled to go head to head in the Florida Cup on July 25 and following that a potential clash against the winner of the Everton and Millonarios game on July 28.

A statement was issued by the organisers of the Florida Cup saying "Though we regret Inter Milan's decision to withdraw from the Florida Cup today, we welcomed Everton to Orlando this afternoon, with Millonarios set to arrive tomorrow. Those clubs will meet as planned on Sunday, July 25, with the match beginning at 6 p.m. ET."

"Additional updates to the tournament schedule will be announced shortly. Out of respect for the fans who purchased tickets to the original lineup, we will be automatically refunding all purchases through Ticketmaster. Additional information will be sent to ticket holders through their point of purchase. General admission tickets will be sold for contests on both original match dates, July 25 and 28."

A rise in COVID-19 cases led to Arsenal's exit

Arsenal had announced their withdrawal from the Florida Cup on Tuesday, July 20, and the reason cited by the Gunners was that a "small number of positive COVID tests, amongst those that were expected to travel to the US for the preseason tournament. They said that the health of the players and staff were of utmost importance and they also apologised to the organisers of the Florida Cup.

The organisers said, "We are disappointed that Arsenal have decided not to participate in the 2021 Florida Cup. We wish the members of the Arsenal travelling party who tested positive for COVID-19 a speedy recovery as we continue making final preparations for the event. We will be in communication with fans who purchased tickets to see Arsenal in Orlando regarding their options."