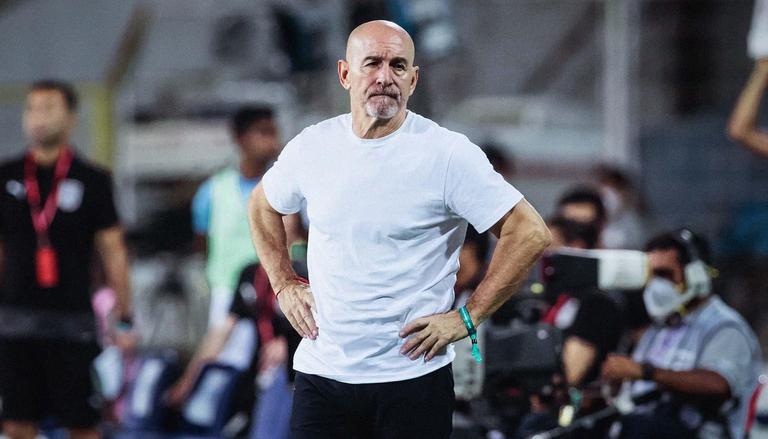 
In a significant development, ISL 2020-21 runners up ATK Mohun Bagan's head coach Antonio Habas has resigned from his role with immediate effect following a shaky start to the season. Assistant coach Manuel Cascallana will take over as the interim manager, the club announced in a statement.

"ATKMB has released Antonio Habas as the Head Coach for ATK Mohun Bagan. Manuel Cascallana, who is currently the Assistant Coach, will be the interim Coach," the club said in a Press Statement" The management also thanked Habas for his contributions to both ATK and ATK Mohun Bagan "Thank you for everything, Antonio Habas. We will remain grateful for your immense contributions!" the Tweet read.

The Marines had a mixed start to the season and currently are placed sixth in the table after six matches. ATK Mohun Bagan started the season on a high with the first two games seeing them beat Kerala Blasters 4-2 and SC East Bengal 3-0. However, the team were then thrashed 5-1 by Mumbai City before facing another defeat to Jamshedpur (2-1). Following two losses, the team bettered their performances and put up two draws, a 1-1 draw against Chennaiyin FC and an enthralling 3-3 draw against Bengaluru FC, but this wasn't enough as the club and the manager decided it was time to part ways.

ISL 2021: Antonio Habas fails to get ATKMB off to a dream start

Antonio Habas, however, exits as one of the most successful coaches in ISL (Indian Super League) having let ATK to two titles. In the previous campaign, he guided the Mariners to a second spot finish narrowingly missing out on the trophy. ATKMB went all out to improve their squad as they aimed for a better finish (the ISL shield and trophy) and signed some top-class players in Hugo Boumous, Amrinder Singh, Joni Kauko and Liston Colaco but the team hasn't been off to a dream start in the ISL 2021 and thus they have a managerial change.