Italy Euro 2020 guide: Roberto Mancini's men will hope to end a 53-year-long Euro drought this time around with the Azzurri named as dark horses for the event. 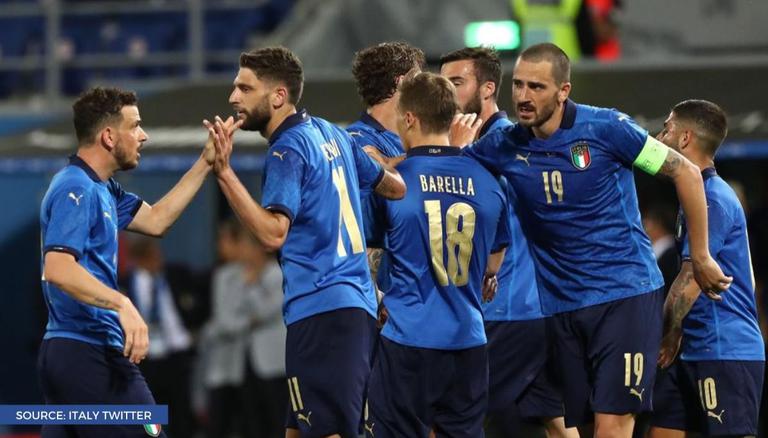 Italy endured one of their dark days in history when they missed out on qualification for the 2018 World Cup. However since then, under the management of Roberto Mancini, the Azzurri are back at their best and are billed as one of the dark horses coming into the European Championship. Italy have won the European Championship only once way back in 1968, and following their impressive Nations League and World Cup qualifying campaigns, Mancini will hope that his side can break the 53-year-long duck. Here's our Italy Euro 2020 guide:

Italy have won the World Cup twice since their last win at the European Championship and the Azzuri will hope to end their 53-year-long wait for the title when they kick off their campaign this summer. Roberto Mancini, the Italy coach Euro 2020, has a great mix of youth and experience in his Italy squad for Euro 2020 and there is no shortage of talent on his 26-man roster. Italy have lost just twice under Mancini since May 2018 and are currently on a 27-match unbeaten run just behind the Italian record of 30 games undefeated, which came under the management of Vittorio Pozzo from 1935-39.

While Italy should progress with ease from their group, it is nonetheless one of the tricky groups with three teams in the top 20 in the current FIFA world rankings and Turkey being the fourth dark horse. The Italians however should have the advantage with their home advantage and anything other than a quarterfinal finish would be disappointing for the side, so have reached that stage in their last three campaigns.

⛔ Just a single goal conceded in the last 12 matches.

The squad has some older heads in Juventus duo Leonardo Bonucci and Giorgio Chiellini but also has cast an eye on the future with the selection of Inter Milan's Alessandro Bastoni. Midfield dup Marco Verratti and Lorenzo Pellegrini are under the scanner with their recent injuries but should be fine but the time Italy prepare for their Euro 2020 opener. Mancini will hope that Ciro Immobile can deliver the goods for his country after yet another prolific season for Lazio while the same will be the expectation from Nicolo Barella and Jorginho.

The Sony Sports Network are the official broadcasters of the UEFA Euro 2020 in India. The telecast of the same will be available on SONY TEN 2 and SONY TEN 3 (in Hindi) channels from June 11, 2021, to July 12, 2021. The live stream of the games will also be available on the Sony LIV app.

WE RECOMMEND
Uncapped Raspadori included in Italy squad for Euro 2020