Mikel Arteta said that while Jack Wilshere will be allowed to train with the club, he won’t be involved with the squad. The player is currently a free agent 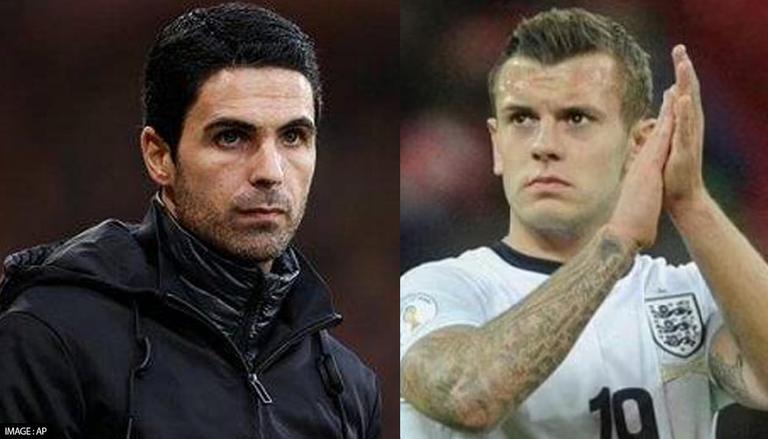 
Arsenal head coach Mikel Arteta has shown some empathy towards Jack Wilshere, who has returned to train at the club. The 29-year-old is predominantly training at the London Colney training centre with the club’s U23 boys. The England footballer spent 10 years at Arsenal and played over 197 matches for the club after which he plied his trade at West Ham and Bournemouth.

The former Arsenal midfielder is currently a free agent after his contract at Bournemouth came to an end last season. Back in September, Wilshere also trained with Serie B outfit Como. Arteta said the club would try its heart out to back the footballer. He also said "the door is always open" for Jack Wilshere to come and train at Arsenal.

Arteta said that while Wilshere will be allowed to train with the club, he won’t be involved with the squad. He also mentioned that the veteran could be tried out for new roles going forward.

I am very happy to have him back, says Mikel Arteta

"What you should believe is that we want to help Jack prepare for his next stage, physically, mentally. He wants to do his coaching badges again and we are prepared to fulfil all the needs that he wants. That is basically the idea and it is no further than that," Arteta was quoted as saying.

"I am very happy to have him back. We had a conversation with Jack and understand the needs that he has, the period that he is going through and I think everyone at the club agreed it was the right moment to help him.  We sat down with him and we listened to what he wanted to do and what stage he is and we are prepared to do anything we can to help him," Arteta added.

Earlier, Wilshere talked about the dearth of opportunities in his career and how the entire development was affecting his mental health.

As far as Arsenal are concerned, they have won three, lost as many and drawn one of their seven games in the ongoing Premier League. In the last four games, they haven’t faced defeat.

WE RECOMMEND
Brighton Vs Arsenal LIVE Streaming: Team News and Premier League standings update
Arsene Wenger sees 'potential' in Arsenal despite poor start by Mikel Arteta's team
Arsenal finally win match in Premier League; Arteta overjoyed with first three points
Bernd Leno hints at Arsenal departure, says it has 'nothing to do with performance'
Arsenal vs Tottenham: Gunners run riot in first half; score 3 goals against arch-rivals
Listen to the latest songs, only on JioSaavn.com