Jadon Sancho alongwith Marcus Rashford and Bukayo Saka missed the penalty at the finals of Euro 2020 resulting in England losing to Italy. 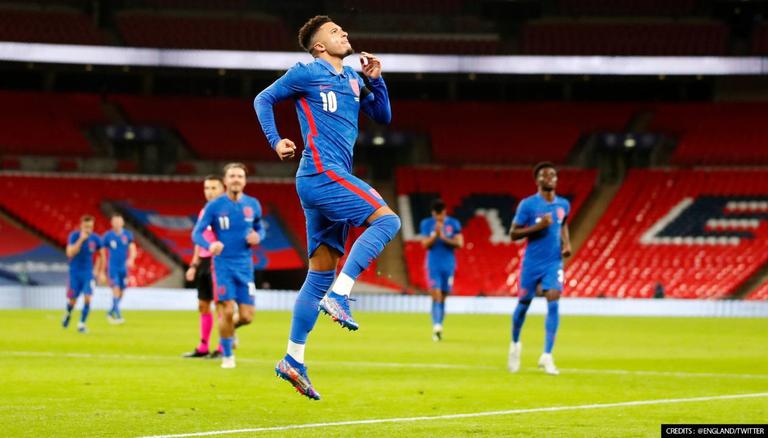 
The England football team failed to make the home advantage count at the Euro 2020 final as they went down to Italy on penalties in an entertaining final. The Italy vs England Euro 2020 final saw Marcus Rashford, Jadon Sancho and Bukayo Saka missing from the spot with Italy goalkeeper Gianluigi Donnarumma pulling off key saves. The loss resulted in England players facing shocking racial abuse online. Both Sancho and Rashford were benched for the final before being brought on by manager Gareth Southgate close to the end of extra time with penalties in mind.

Jadon Sancho took to his Twitter account on Wednesday and wrote a post showing support to fellow teammates Rashford and Saka. He also asked young people who face racial abuse to keep on chasing their dream. He wrote “I’m not going [to] pretend that I didn’t see the racial abuse that me and my brothers Marcus and Bukayo received after the game, but sadly it’s nothing new. As a society, we need to do better and hold these people accountable".  He further added. “Hate will never win. To all the young people who have received similar abuse, hold your heads up high and keep chasing the dream.”

Speaking about the penalty miss during the Italy vs England Euro 2020 final he wrote that it was the worst feeling in his career. He further wrote  “I was ready and confident to take it. These are the moments you dream of as a kid, it is why I play football. These are the pressured situations you want to be under as a footballer. I’ve scored penalties before at club level, I’ve practised them countless times for both club and country. I picked my corner, but it just wasn’t meant to be this time.”

Despite the heartbreaking loss, the 21-year-old finished the post on an upbeat note in which he spoke about how honoured he is to wear England jersey. He said “I am proud of this England team and how we have united the whole nation in what has been a difficult 18 months for so many people.I want to say a massive thank you for all the positive messages and love and support that far outweighed the negative. It’s been an honour as always representing England and wearing the Three Lions shirt, and I have no doubt we’ll be back even stronger! Stay safe and see you soon.”

Jadon Sancho set to enter the Theater of Dreams

Ole Gunnar Solskjær pursuit of Jadon Sancho finally ended with Manchester United officially announcing that they have an agreement in principle with Borussia Dortmund for the £73 million ($101m) purchase of Jadon Sancho. The Red Devils have been chasing the England star for about a year and finally their offer was accepted by the German club. According to Sky Sports the former Manchester City youth-team player completed his medical on Tuesday ahead of finalising his transfer to the Old Trafford club.

READ | Euro 2020: Official UEFA Team of the Tournament out; check who made the cut