After the long-drawn-out transfer saga comes to an end, Jadon Sancho will don the number 25 for the Red Devils for the upcoming 2021-22 Premier League season. 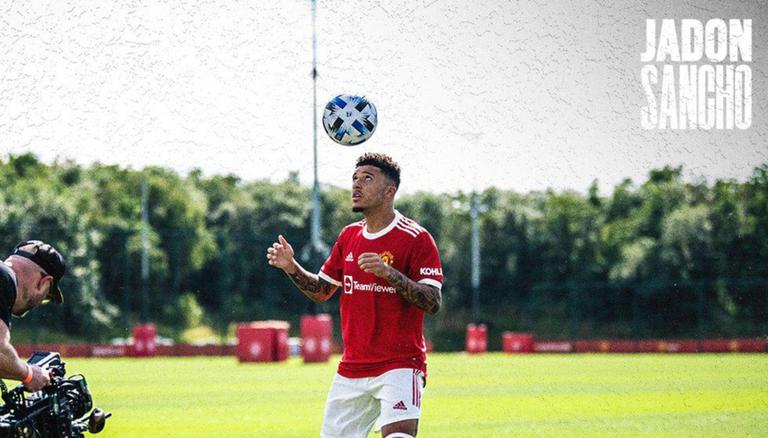 
A long-running transfer saga has finally concluded with Jadon Sancho signing for Manchester United in a five-year deal. The ex-Borussia Dortmund player has made the move for a reported fee of £73 million. The new Manchester United man will be donning the famous red-and-white kit with the number 25 on his back. The English winger was also a part of the national team that lost to Italy in the Euro 2020 finals and he even missed a penalty in the shootout.

At Borussia Dortmund, he wore the number 7 and was hoping for it, but he has had to settle for 25 for now. The number was previously worn by Nigerian Striker Odion Ighalo. This means that Edinson Cavani will keep wearing the iconic number 7.

Sancho looking to add to the United attack

Jadon Sancho has shown great goalscoring chops at Dortmund, netting 50 times and setting up 64 goals for his teammates in 137 first-team appearances spanning 4 seasons. Sancho was part of Gareth Southgate's England squad this summer when the team lost narrowly in a penalty shootout to Italy. Although with regards to his new joining, Sancho will go on to add pace and finesse to an already impressive and young forward line at Old Trafford that includes the likes of Marcus Rashford, Mason Greenwood, and Anthony Martial. However, he will also be helped by the experience and goalscoring prowess of Cavani. Old Trafford could get a chance to witness Sancho's debut in the upcoming friendly against Everton on 7 August.

Sancho in an official statement, said, "I’ll always be grateful to Dortmund for giving me the opportunity to play first-team football, although I always knew that I would return to England one day. The chance to join Manchester United is a dream come true and I just cannot wait to perform in the Premier League. This is a young and exciting squad and I know, together, we can develop into something special to bring the success that the fans deserve. I am looking forward to working with the Manager and his coaching team to further develop my game."