After a shocking incident involving Christian Eriksen during the Euro 2020, Sheffield United's John Fleck also suffered a similar case in a game against Reading 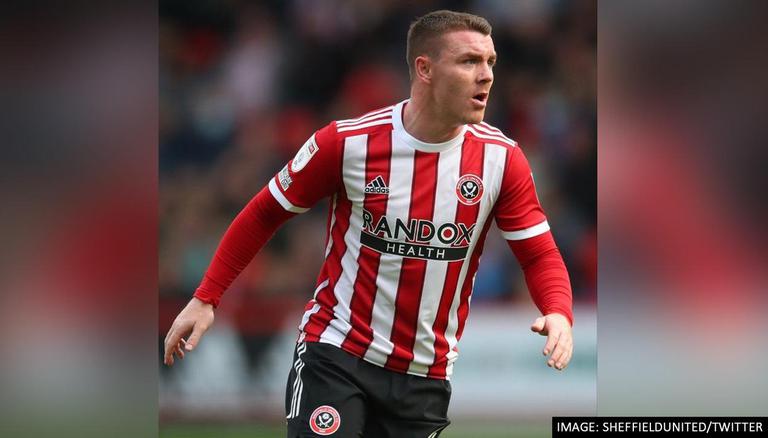 The sporting world was once again left in shock as another footballer collapsed on the field during a match. After the shocking incident involving Denmark star Christian Eriksen during the Euro 2020, Sheffield United's John Fleck also suffered a similar collapse during his Championship match against Reading on Tuesday night.

Immediately following the incident, the game was stopped for approximately 11 minutes as Fleck received medical treatment before, he was able to get back on his feet once the oxygen mask was administered. He was eventually stretchered off and taken to a hospital for further checks. However, much to the relief of fans, reports say that he has been discharged and allowed to return home, with the club confirming the same via an official statement.

"Sheffield United is grateful to report that John Fleck has been discharged from hospital and will return to Sheffield today (Wednesday).

He was conscious when he was taken to the Royal Berkshire Hospital and was communicative with club and medical personnel, as well as his family.

After comprehensive medical examinations and staying in hospital overnight for observation, he has been allowed home, where United medical staff will continue to monitor him closely.

United and John Fleck would like to thank all who assisted at a stressful time last night and also everyone for their supportive messages."

Sheffield United manager Slavisa Jokanovic expressed his relief after receiving the news that midfielder John Fleck was 'conscious and talking' after collapsing during the second half of the match against Reading. After his side's 1-0 win, Jokanovic said in his post-match interview, "I didn’t really see the incident, but it looked like he just collapsed, without any physical contact around him. I am not a doctor, but the news is positive. It was not an easy situation for everybody."

Although the Blades picked up the victory with Jayden Bogle scoring the winner, the game was overshadowed by the second-half incident involving Fleck, who went down despite not facing any challenge from the opponents. Immediately, after Fleck collapsed, his teammates called for the medical team to run onto the pitch and attend to him.