After the uncanny exit of Lionel Messi from Barcelona this summer, fingers have been pointed at Jordi Alba for playing a role in the Argentine's exit. 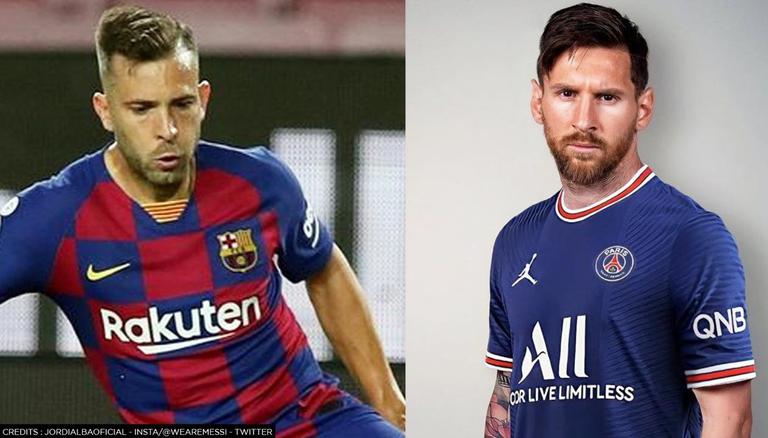 
After the uncanny departure of Lionel Messi from Barcelona this summer, fingers have been pointed at Jordi Alba for influencing the Argentine's exit by not agreeing to a pay cut. The six-time Ballon d'Or winner left the Blaugrana on a free transfer after spending 21 years at the club to join PSG this summer. Speaking of Messi's sudden departure, the Spanish left-back said that he would have done everything in his capacity to ensure that Messi stayed at the club.

Barcelona left-back Jordi Alba has hit back at claims that blame him for Lionel Messi's exit from Barcelona. The Spanish international was accused of not accepting a pay cut that exacerbated Barcelona's financial struggles. Barcelona president Joan Laporta announced on Monday that the club's debts had increased to a staggering €1.35bn. Because of such debts, the La Liga giants were unable to offer Messi a new contract despite the Argentine agreeing to a 50% wage cut.

Alba, who feels he is being unfairly accused, told reporters after Barcelona's 4-2 win over Real Sociedad, "Apart from being the best ever, Leo was the one who understood me best, so imagine the efforts I would have made for him to stay. It's not true [that Messi left because of a pay cut the captains rejected]. The Messi stuff was separate from the captains, between the club and him. I can't control everything that's said, but I've been around. Nothing will surprise me. If 10 out of 10 news articles about Jordi Alba are negative, it's normal that people think badly. I can't stand being doubted."

Jordi Alba is 'annoyed' and 'tired' of all the lies

Jordi Alba insisted that he is annoyed with the lies in public that he was never willing to take a pay cut at Barcelona. The 32-year old left-back said, "When the club talks with me, I am willing. I'm from here, spending my whole life in Barcelona. That my commitment is questioned hurts me a lot. My lawyers have spoken to the club. Pique's was concluded first, simply because of the timing, but the willingness of all the captains was always as it had to be. The lies annoy me, they tire me. I can put up with a lot, but I suffer for my family and the things they have to hear."