Jorginho In Disbelief After Nomination For Ballon D'Or 2021; Calls It 'unreal'

Chelsea midfielder Jorginho is excited to see his name included in the Ballon d'Or 2021 nominees, with the award set to be given out in just over a month. 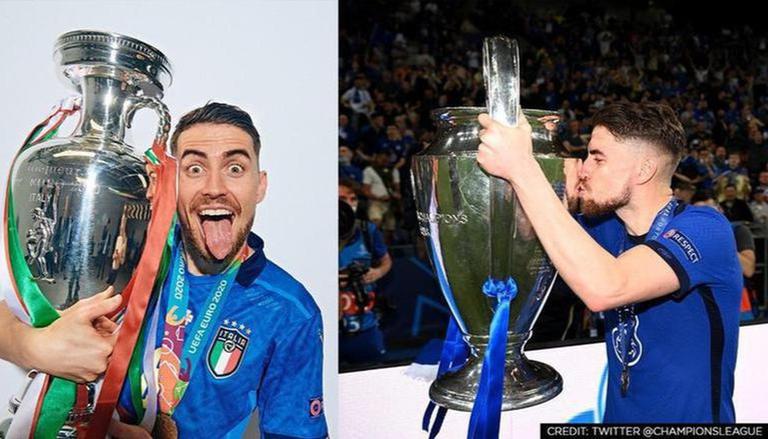 
Chelsea midfielder Jorginho is excited to see his name included in the Ballon d'Or 2021 nominees, with the much-coveted award set to be handed out to the world's best footballer in just over a month. The Ballon d'Or 2021 will be awarded on November 29.

Jorginho is one of the frontrunners for the elusive individual honour after winning glory for both club and country. He won the UEFA Champions League with Chelsea in May before winning the Euro 2020 title with Italy a few months after in the summer.

While speaking to the Telegraph, Jorginho said, "It’s, if I had to say a word, unreal. My dream was just to be a professional footballer, and then things started to happen, and I kept believing and working really hard. It’s hard to keep it [thoughts about the Ballon d’Or] out because there's a lot going on about it and a lot of people saying these things, which I appreciate a lot. But I try to not think that much because then I lose focus on other important things we are fighting for. I just try to wait and see what’s going to happen."

Jorginho insists impossible is nothing

In the same interview, Jorginho explained why it was important to believe in oneself if one wanted to achieve the highest honours. The Chelsea midfielder also added that the desire to achieve the goal was equally important as he stated that 'nothing's impossible,' but one needs to 'really want it' to achieve it. The Italian explained that since he comes from a 'really small town,' he was just delighted to have an opportunity to play football at the highest level.

READ | Ballon d'Or: Why are Sadio Mane and Kalidou Koulibaly miffed with the 30-man shortlist?