Chelsea's Edouard Mendy was named Goalkeeper of the Year, N'Golo Kante won the award for the best midfielder and Thomas Tuchel was named Coach of the Year 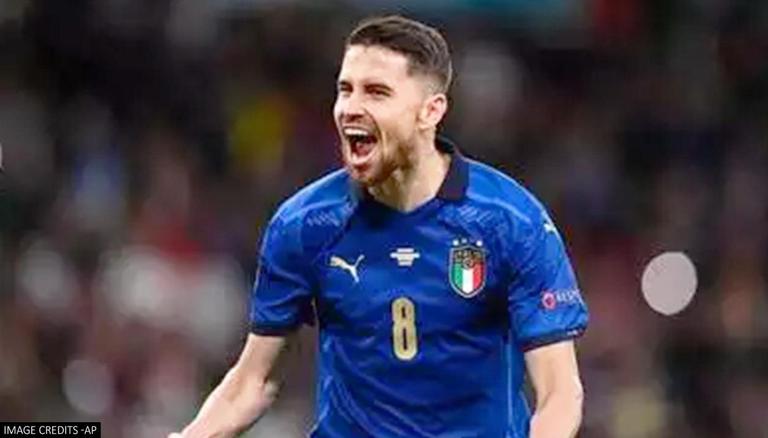 
Chelsea midfielder Jorginho pipped teammate N'Golo Kante and Manchester City's Kevin de Bruyne to win the UEFA Men's Player of the Year award. The announcement was made during the UEFA Champions League Group stage draw. The Italian midfielder became the tenth player to win a European Cup and a EURO 2020 championship in the same year.

The 29-year-old Italian midfielder received 175 points to win first place, while Kevin de Bruyne came second with 167 points. Ngolo Kante was third with 160 points. Jorginho during the recent EURO 2020 tournament started every match for Italy. On the club level, he missed just one match for Chelsea and performed really well against teams like Atletico Madrid, Real Madrid and Manchester City during their run to Champions League glory.

Speaking to UEFA's official website Jorginho said, "That's a huge thing, isn't it? Wow! I'm lost for words. It's unbelievable, really. I have to say how grateful I am. Not only for my family and friends – none of this would be happening were it not for all the people around me – but for my teammates at both club and country, coaches, fans. All those who didn't believe in me, who criticised me, I have to thank them too. They gave me even more encouragement. They motivated me to work harder and harder to prove they were wrong."

Thanking his family, teammates, and fans for their support and encouragement, Jorginho said, "Everything that happened was thanks to the people that stood by me – family, friends, my agent, my team-mates, coaches, physios, kitmen – all the people who are part of it and often go unmentioned. They do a great job backstage, so that we can be prepared for the game. So everything happened thanks to all of these people, and not only thanks to myself or these legs or my head. It's a whole set of things – football is a team effort".

While Jorginho won the UEFA Men's Player of the Year award, Chelsea goalkeeper Edouard Mendy was named Goalkeeper of the Year and Kante won the award for the best midfielder.  Thomas Tuchel was named Coach of the Year for a fine campaign with Chelsea. The defensive award went to Manchester City enforcer Ruben Dias, while Erling Haaland was named Europe's best forward thanks to his incredible exploits for Borussia Dortmund last season.