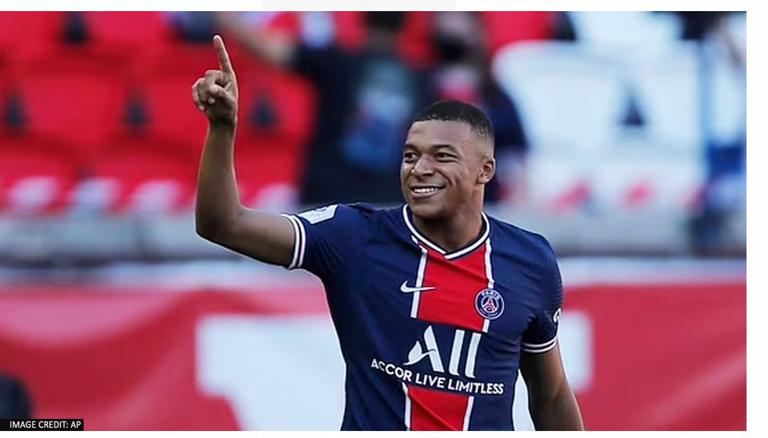 
Amid rumours surrounding Kylian Mbappe's transfer to the Spanish club Real Madrid, the Frenchman has now come forward and broken his silence by sending a three-word message to his ardent fans. Real Madrid has gone into overdrive in their pursuit of the French international and have already sent two bids.

Kylian Mbappe had scored a match-winning brace in PSG's Ligue 1 game against Reims at Stade Auguste-Delaune II on Sunday and after the match, it was learned that Mbappe headed to the France Football Federation's training camp in Clairefontaine where he will be reunited with his French teammates ahead of the reigning world champions' World Cup qualifiers against Bosnia-Herzegovina that is scheduled to take place in Ukraine and Finland over the next week.

When the 2018 World Cup winner reached the premises, a journalist had approached him and asked about his mindset regarding a potential move to Madrid to which he reportedly said that he is in the right frame of mind.

After having an initial proposal of 160 million euros rejected, Real Madrid has upped their offer to 180 million euros ($211.48 million) for Paris Saint-Germain star Kylian Mbappe. PSG has asked for up to €220 million (£189 million/$259 million) for Mbappe, but Madrid has firmly stated that they would not pay that amount. The 22-year-old's contract expires at the end of the season, and PSG must decide whether to risk losing him for free next summer or accept Madrid's latest offer.

Even though Kylian Mbappe was the star of the night thanks to his brace, it was Lionel Messi who undoubtedly grabbed all the headlines. The six-time Ballon d'Or winner moved to PSG on a free transfer after spending the whole of his career at Barcelona. When Messi came onto the pitch in the second half, he ensured that the Ligue 1 giants got over the line comfortably without any setbacks.

READ | ‘It's absurd money...I’d also like to have Mbappe!’ Koeman

While all eyes were on Lionel Messi's Ligue 1 debut over the weekend, PSG fans will now have an anxious wait until the transfer window closes.