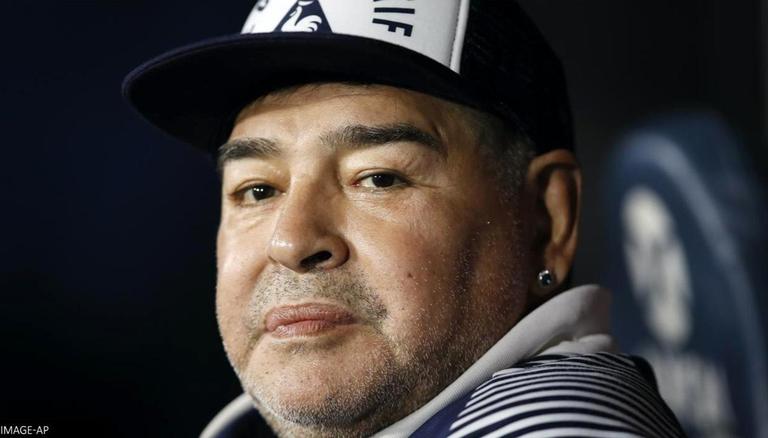 
Diego Maradona life on and off the pitch had been completely different. While the late Argentina Icon had the world at his feet when on the football pitch, his personal life however had been nothing short of drama and accusation with drugs being the major talking point of his life. However recently a 37-year-old Cuban woman had accused the late football icon of violence and abuse, including rape and holding her against her will.

The woman who accused Diego Maradona of raping her was 17 when the incident had occurred. According to the report from dailystar.co.uk Mavys Alvarez alleged that the sex attack happened as her mother tried to get into the house where she was staying with Maradona when he refused to open the door. Alvarez had alleged earlier this year that Maradona seduced her when she was just 16 and got her hooked on cocaine. The 37-year-old described the 2001 “rape” in the Cuban capital La Havana as the worst moment she experienced with the soccer legend.

She further said “Diego never opened the door. My mum was knocking and knocking and was crying behind the door because she knew we were there. He was whispering to me, ‘Shut your mouth, shut your mouth.’” As per the report, the woman had said that the former Napoli star assaulted her “many times” during their relationship while he was living on the Caribbean island. Maradona is believed to have spent four years in Cuba between 2000 and 2004 while he tried to beat his cocaine addiction following a personal invitation from Fidel Castro.

What happened to Diego Maradona?

Last year Diego Maradona had passed away after suffering a cardiac arrest. However, he had undergone a successful brain surgery just two weeks prior to his death. The autopsy conducted on the day of Maradona's passing found that he had suffered from the liquid in the lungs, with acute heart failure brought on by a disease of the heart muscles which made it harder for his body to pump blood. The doctor who had been giving medical advice to the legendary Argentinian for over 30 years went on to say that Maradona's death is "a form of suicide".