Ligue 1: Will Lionel Messi Play For PSG Against Brest? Here's An Official Update

As far as Messi's statistics at PSG is concerned, the seven-time Ballon d'Or winner has scored a total of six goals since joining the club in August this year. 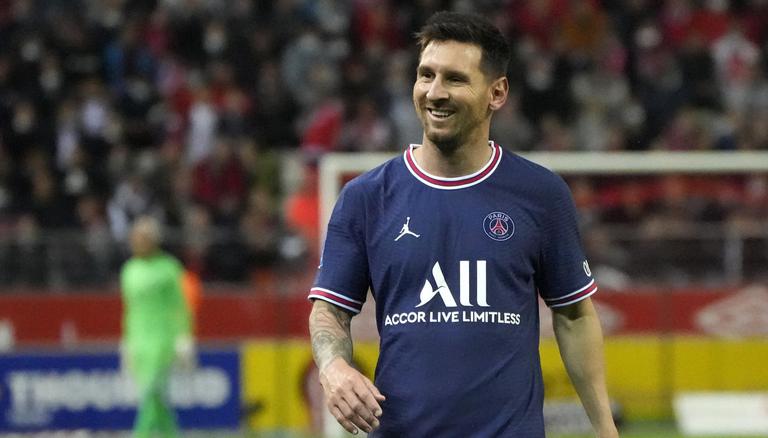 
Argentine footballer Lionel Messi is all set to miss Paris Saint-Germain's Ligue 1 game against Stade Brestois on Saturday. PSG issued a statement on Friday where it announced that the 34-year-old is still recovering from a COVID-19 infection. PSG in its statement said that Messi has made good progress over the past week and is being continuously monitored by the club's medical team.

"Having made good progress, Lionel Messi is continuing to work with the club's medical and performance staff and will gradually rejoin the squad next week," PSG said in its statement.

Messi tested positive for COVID-19 a day before PSG’s Coupe de France clash against Vannes. The club confirmed earlier last week that Messi along with Juan Bernat, Sergio Rico, and Nathan Bitumazala has returned COVID-19 positive tests and will be placed in isolation until full recovery.

READ | MATCHDAY: PSG without Messi, Klopp back in Liverpool dugout

PSG have already confirmed its 21-member squad for the game against Brest. Apart from Messi, Neymar Jr, Denis Franchi, and Alexandre Letellier are also slated to miss the match against Brest on Saturday night. PSG said Neymar is currently working on his recovery process and will rejoin the team in the coming days. PSG said the Brazilian attacker is working with the club's performance staff at Ooredoo Training Centre.

PSG informed that Alexandre Letellier is currently receiving treatment for a low-grade injury to his right calf and will miss the game against Brest. Denis Franchi, on the other hand, tested positive for COVID-19 and has been placed in isolation. Franchi's inclusion in the squad is now subject to the appropriate health protocols.

Meanwhile, PSG is currently on top of the Ligue 1 2021-22 points table, having won 14 matches out of the 20 they have played in the season so far. PSG also have five draw games and one loss to its name.

As far as Messi's statistics at PSG is concerned, the seven-time Ballon d'Or winner has scored a total of six goals since joining the club in August this year. Messi has scored a lone goal in the 11 Ligue 1 matches he has played, while he has scored five goals while appearing in five UEFA Champions League games this season.

WE RECOMMEND
Ilkay Gundogan picks his favourite between Cristiano Ronaldo and Lionel Messi
Cristiano Ronaldo vs Lionel Messi: Lewandowski explains difference between the two icons
Is 2021 Lionel Messi's worst year as footballer? Leo's new post should shut down critics
Lyon vs PSG Live Stream: How to watch Ligue 1 match in India, US and UK?
PSG sporting director responds to claims that Lionel Messi does not work hard without ball
Listen to the latest songs, only on JioSaavn.com