Despite being one of the greatest of all time, Lionel Messi is unlikely to claim few records held by legends such as Ryan Giggs due to leaving Barca and La Liga 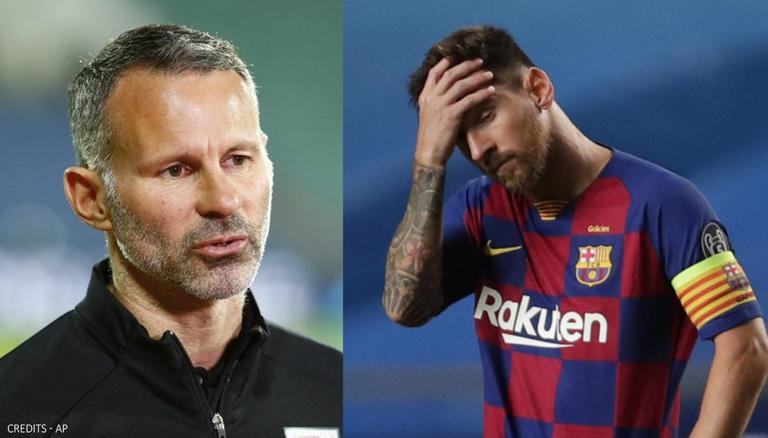 
Lionel Messi has witnessed a roller coaster of emotions over the past week as his time at Barcelona prematurely came to an end after 21 years on Thursday last week. However, the six-time Ballon d'Or winner has already found a new challenge as Paris Saint-Germain (PSG) were quick to sign a two-year contract with the Argentine legend. Despite being one of the greatest footballers of all time, Messi is unlikely to clinch few records held by legends such as Ryan Giggs due to his sudden Barcelona exit.

Lionel Messi, who began his career at Barcelona in 2000, ended his stint at the Camp Nou as the most successful player for the Catalan giants. Messi won a total of 35 titles during his stay and is also the club's highest goalscorer with 670 goals to his name. Moreover, he is also the club's most-capped player of all time with 778 matches. Despite clinching several records at Barcelona that may never be broken, Messi still failed to break a few records.

Despite winning a staggering 35 trophies with Barcelona, he still falls short of winning the most number of trophies for a single club. Manchester United legend Ryan Giggs won 36 trophies at Old Trafford during his legendary 24-year senior stint for the club. Meanwhile, the trio of Barcelona legends Xavi Hernandez, Andres Iniesta and Gerard Pique have won 33, 30 and 30 trophies respectively for one single club.