While Marco Reus has played against Lionel Messi thrice in his career, he has met Cristiano Ronaldo seven times, all in the UEFA Champions League. 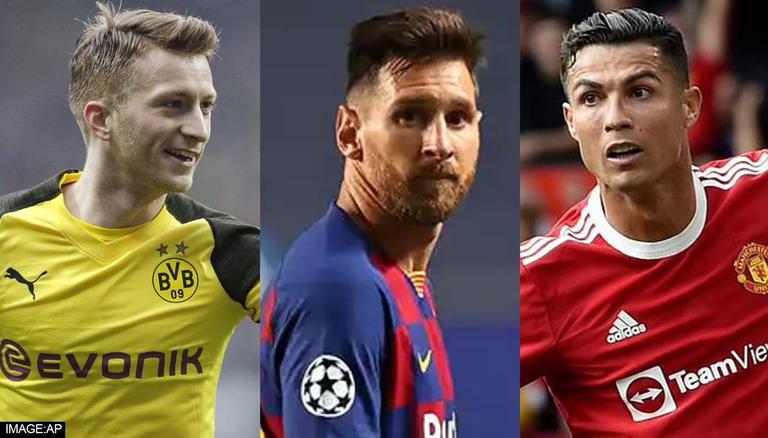 
Lionel Messi and Cristiano Ronaldo have dominated the Greatest of All Time (GOAT) debate for the past 15 years with several prominent personalities constantly picking their best footballer between the two. Borussia Dortmund star Marco Reus is the latest to share his opinion on the GOAT debate between Argentine and Portuguese athletes. Reus, who has played against both the players, has said his favourite footballer between Messi and Ronaldo is the former Barcelona forward, who currently plays for Paris Saint-Germain.

During a rapid-fire interview with ESPN FC, Reus revealed his favourite footballer in the world is Messi. It was an easy choice for Reus as he picked the seven-time Ballon d'Or winner as his all-time favourite footballer. While Reus has played against Messi thrice in his career, he has met Ronaldo seven times, all in the UEFA Champions League. Reus' record against Messi is not good with the former losing two out of the three games he has played against the five-time Ballon d'Or winner. Reus' record against Ronaldo, however, is comparatively better as he has won three of the seven encounters against him.

Ronaldo and Messi are by far two of the best football players in the world. Messi, who signed for Paris Saint-Germain in 2021, has scored over 750 goals for club and country and remains the player with the most goals for a single club. Messi has spent almost his entire playing career with Barcelona, winning 35 trophies with the club. Ronaldo, on the other hand, has over 800 career goals for club and country. He has won the Ballon d'Or five times. The Manchester United forward has won 32 trophies in his career.

READ | 'Cried when Messi left; for Barcelona and fans, Lionel was like God': Gerard Pique

Reus was also asked to pick his favourite between other players, including Erling Haaland and Robert Lewandowski. It was a difficult question for the German player as he had shared the dressing room with both Haaland and Lewandowski. After much deliberation, Reus finally revealed Haaland as his favourite between the two. Reus has shared the dressing room with Haaland for the past couple of years, while he has also been a teammate of Lewandowski for two years.