Football megastar Lionel Messi was spotted outside a therapy clinic in Madrid amid concerns over a knee injury. Messi missed the PSG vs RP Leipzig game 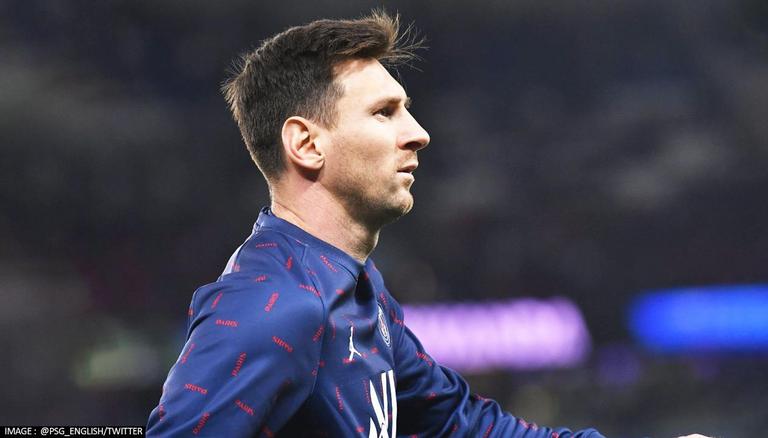 
It seems that Lionel Messi is not 100% fit which is indeed a cause of concern not only for the Paris-Saint Germain (PSG) but also for the Argentina national football team. Messi has struggled with a knee injury in recent weeks for which he is reportedly seeking treatment.

It has been learned that Lionel Messi is not leaving any stone unturned in getting his injured knee treated in order to be fully fit not only for the ongoing Ligue 1 season, UEFA Champions League but also to make himself available for the Argentina World Cup Qualifiers squad.

Recently, LaSexta cameras clicked Leo attending a regenerative therapy clinic in the Spanish capital of Madrid and as per reports, the football megastar decided to go for a medical examination for treating the pain in his left knee.

Lionel Messi is not expected to feature in PSG's next Ligue 1 fixture against Bordeaux on Saturday. However, he has been included in the Argentina World Cup qualifiers squad by the national team coach Lionel Scaloni for their next two games against Uruguay and arch-rivals Brazil on November 12 and 16 respectively.

Lionel Messi was substituted at halftime in Paris Saint-Germain's (PSG) game against Lille at the Parc des Princes in Ligue 1 because of an injury. Towards the end of the first half, Messi was seen limping and looked like he was in pain. In a video posted on social media, Lionel Messi can be seen holding his left leg in agony, and moments later he walked off the field after having realised that he was in no position to take any further part in the contest.

As a result of the knee injury, the 2021 Copa America winner was ruled out of the PSG vs RP Leipzig UEFA Champions League  group game. Lionel Messi was indeed missed as the contest ended in a 2-2 stalemate. Young French midfielder Christopher Nkunku (8') and Hungarian Dominik Szoboszlai (90+2' P) scored one each for the German club whereas, Dutch midfielder Georginio Wijnaldum starred with a brace for PSG in 21st and 39th minute respectively.

It is to be noted that Dominik Szoboszlai scored a late equaliser in the dying minutes of the game and deprived the nine-time Ligue 1 winners of a win.

WE RECOMMEND
Will PSG striker Lionel Messi play vs RB Leipzig? Here's what we know so far
What happened to Lionel Messi? PSG megastar subbed out at halftime against Lille
Ballon d'Or 2021: Lionel Messi makes honest admission about chances of winning top honour
Ballon d'Or: All current and former players who have picked Lionel Messi as winner
Young PSG fan awkwardly 'offers his mum' to Lionel Messi in exchange for jersey; See pic
Listen to the latest songs, only on JioSaavn.com