Paris Saint-Germain (PSG) star Lionel Messi has reportedly threatened to leave the club if they were to sign Cristiano Ronaldo in this summer transfer window. 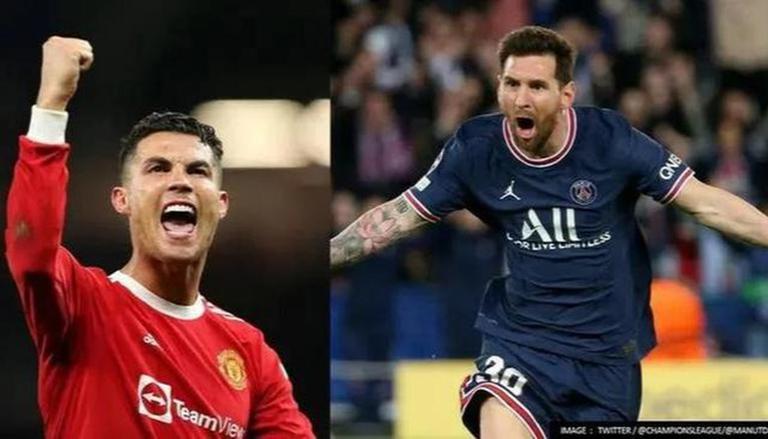 
Paris Saint-Germain (PSG) star Lionel Messi has reportedly threatened to leave the club if they were to sign the likes of Cristiano Ronaldo in this summer transfer window. Both Messi and Ronaldo have enjoyed a brilliant rivalry during their stint in La Liga when the former played for Barcelona and the latter played for arch-rivals Real Madrid.

Both stars have competed against each other not just on the pitch to win trophies, but also to establish themselves as the best player in the world. And considering their star-studded abilities there is no surprise that both Messi (7) and Ronaldo (5) have together won 12 of the previous 13 Ballon d'Or awards.

According to El Nacional, Lionel Messi has threatened PSG President Nasser Al-Khelaifi that he will leave the club to return to Barcelona if they were to sign Cristiano Ronaldo. The report adds that this threat emerged when the Ligue 1 giants were considering signing the Portuguese international to replace Kylian Mbappe, who had been heavily linked with a move to Real Madrid.

With the Frenchman signing a blockbuster deal to stay at the Parc des Princes, it remains to be seen if PSG do actually consider signing Ronaldo from Manchester United. The speculations surrounding the 37-year-old's future continue to gain stream as Ronaldo not only missed two days of training by citing 'family reasons,' however, the Red Devils have also confirmed that he will not be a part of the pre-season tour to Thailand and Australia.

Erik has named a 3️⃣1️⃣-man squad to travel to Thailand and Australia this pre-season... 💪🔴#MUFC

Why is Cristiano Ronaldo keen on leaving Manchester United?

Cristiano Ronaldo has reportedly expressed his desire to leave Manchester United because of the lack of ambition he sees in the club. The only major signing that the Red Devils are on the verge of completing is that of Christian Eriksen. As a result of the lack of activity in the transfer market, it is perceived that the Portuguese international is happy at the club.

Another reason that is perhaps prompting Ronaldo to leave Old Trafford is the lack of UEFA Champions League football next season. Manchester United failed to qualify for the UCL last season after finishing a disappointing sixth in the Premier League with just 58 points, 13 points off the top four and a whopping 35 points behind champions Manchester City.

Since the 37-year-old is continuing to play football at the highest level even at his age, it is deemed that he is interested in joining a club that has UCL football next season. And with a year still left on his contract at Old Trafford, it remains to be seen if he will indeed leave the club this summer.