Lionel Messi PSG contract will reportedly see him making €35 million per season, including bonuses from two-year contract with PSG having an option to extend. 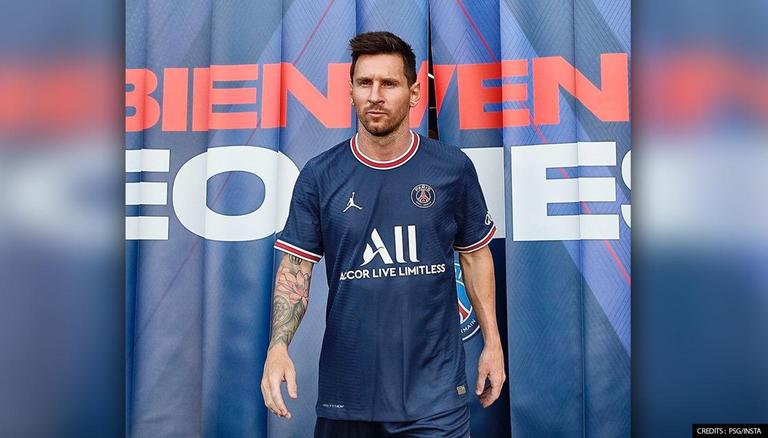 
After making a tearful exit from childhood club Barcelona, Lionel Messi on Tuesday landed in Paris to finally complete his move to Paris Saint Germain. Lionel Messi PSG contract will reportedly see him making €35 million per season, including bonuses from his two-year contract with PSG having an option to extend until June 2024. The ex-Barcelona forward was handed the Number 30 jersey by his new club. It is the same number that Messi wore when he began his professional career at Barca. At PSG Lionel Messi number 30 was previously worn by ex-Arsenal star David Luiz.

Following the arrival of Lionel Messi, the club released a statement in which the Argentine said,  “I am excited to begin a new chapter of my career at Paris Saint-Germain. Everything about the club matches my football ambitions. I know how talented the squad and the coaching staff are here. I am determined to help build something special for the club and the fans, and I am looking forward to stepping out onto the pitch at the Parc des Princes.”

The signing of Lionel Messi could bring an end to Qatari backed club to finally put in place the missing piece in their jigsaw. The signing of six-time Ballon d'Or will add more strength to the PSG attack that already comprises of Neymar Jr and Kylian Mbappe as they chase Champions League glory. The closest PSG came to lifting Champions League was in the 2019-20 season when Kingsley Coman fired Bayern Munich to a 1-0 final triumph over Thomas Tuchel's side inside Lisbon’s Estadio da Luz.

Currently, on paper, the PSG squad looks intimidating having added the likes of Gini Wijnaldum, Donnarumma, Achraf Hakimi and Sergio Ramos to the lineup. However, it remains to be seen whether the players will able to play as a team and help the club to Champions League glory which they have been chasing for some years.

Speaking about Lionel Messi Barca contract  the former Barcelona star left the Spanish club after 21 years because the La Liga giants were reportedly unable to fulfil the terms of the signed contract due to "financial and structural obstacles." It is believed that Messi's contract cannot be registered since the Catalan club is in financial crisis with a reported debt of more than a billion dollars. Barcelona, carrying debts of 1.2 billion euros ($1.41 billion), are unable to register new signings because of their financial predicament. With Abu Dhabi-owned Manchester City having ruled themselves out, PSG was the only club that could afford to sign Messi.

During his time at Barcelona Messi scored 672 goals in 778 appearances for the club, a record tally for one club. Messi won 35 trophies at the Camp Nou after joining Barca aged 13, but his last appearance was a damp squib: a 2-1 home defeat behind closed doors against Celta Vigo in May. His trophy haul includes four Champions Leagues and 10 La Liga titles.