European Champions Liverpool are the cleanest team in Europe in terms of number of fouls committed per game. Real Madrid are 169th, a CIES Study reveals.

Premier League leaders Liverpool have endured a great campaign this season. The defending European Champions are one of the strongest teams in the continent. A new study has now indicated that Liverpool are also the ‘cleanest’ club in the world.

The study was conducted by CIES 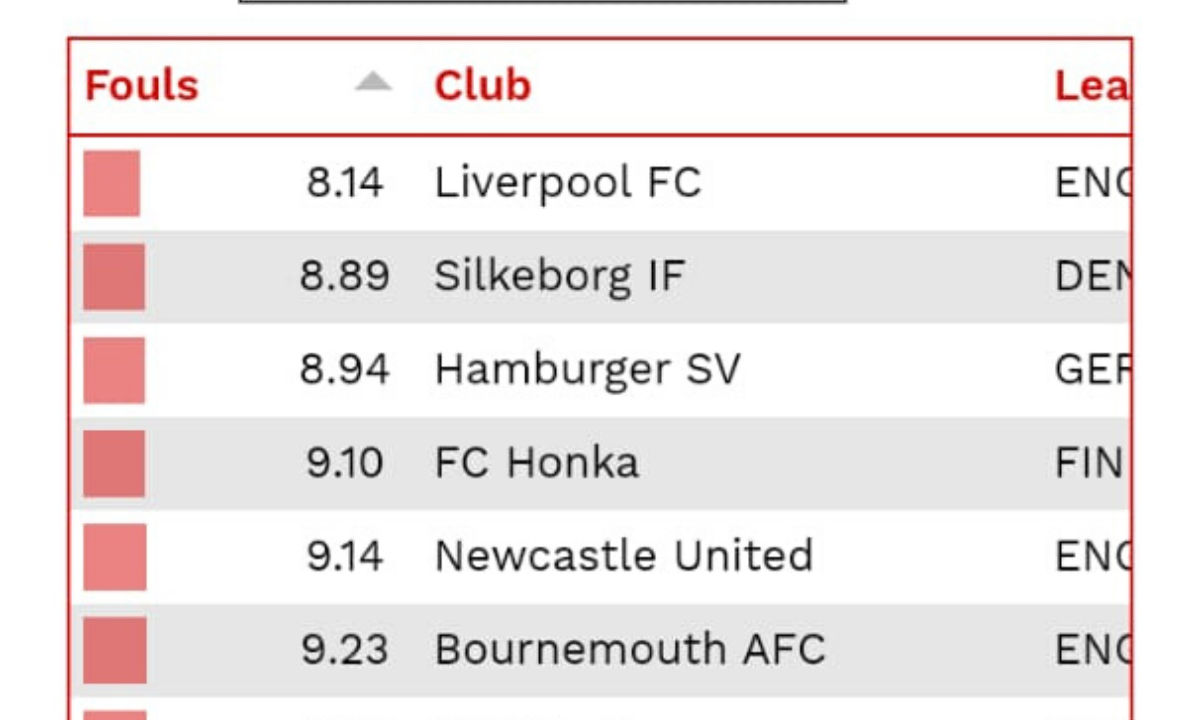 The International Football Observatory (CIES) has conducted a study based on the fouls that teams commit in Europe. It calculates the average number of fouls committed per game. The study has assessed a total of 700 teams, encompassing 35 leagues across Europe.

CIES Study: Liverpool are the 'cleanest' team in Europe

According to the CIES study, European Champions Liverpool have averaged the fewest fouls in Europe. The Reds have committed an average of 8.14 fouls per game in the Premier League. This amounts to about 22% less than all other teams combined in the competition. In LaLiga, Levante are the cleanest team, averaging 10.63 fouls per game, 22% less than the league’s average. Barcelona are second in LaLiga with an average foul rate of 10.69 fouls per game. However, the Catalan giants are 54th at the European stage. Real Madrid are seventh in LaLiga in terms of average fouls (they are 169th in Europe!) averaging 12.63 fouls per game.

Liverpool will next play against Wolverhampton Wanderers in the Premier League

Liverpool extended their lead in the Premier League after the Reds defeated Manchester United 2-0. They did it courtesy of some sumptuous goals from Virgil van Dijk and Mohamed Salah. Jurgen Klopp’s men have a 16-point lead over second-placed Manchester City. Pep Guardiola’s side were held by Crystal Palace in their previous clash. Liverpool will next play against Wolverhampton Wanderers in the Premier League on Thursday, January 23, 2020 (January 24 according to IST).