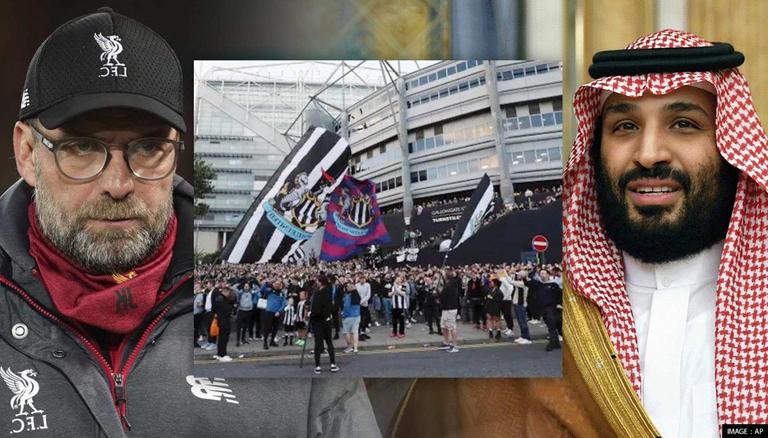 
Liverpool boss Jurgen Klopp slammed the Newcastle United takeover and questioned Premier League's Financial Fair Play rules for permitting such a move. The German manager stated that Newcastle will now become a 'new superpower' in European football as this move will guarantee them European football every season, because of the quality of players they can sign.

Klopp compared the Newcastle takeover to the European Super League and stated that he does not see much difference between the two as both models essentially reduce the spirit of competition. Saudi Arabia backed consortium, Public Investment Fund (PIF), purchased Newcastle for £305 million, a move that can now help the Magpies sign the best players in the world because of the new owners' financial backing.

While speaking to reporters on Friday, Liverpool manager Jurgen Klopp slammed the Newcastle takeover as he stated that this is the third club that is owned by a country. He was most likely referring to Manchester City and Paris Saint-Germain as the other two clubs due to their ownership by the Gulf States. "As far as I know, it is the third club to be owned by a country. I am not sure how many countries are out there to have the financial power and interest to do so," said Klopp.

The Liverpool boss went on to question Premier League's financial fair play (FFP) rules and compared Newcastle United's takeover to the controversial European Super League plans, stating that he does not see much difference between the two.

"What will it mean for football? A few months ago, we had a massive issue in the football world with 12 clubs trying to build a Super League. It didn't happen, but this is kind of creating a 'super team' if you want. It is pretty much the same. Guaranteed spot in the Champions League. In a few years' time, not immediately. With how financial fair play is used nowadays where nobody knows exactly whether it is still existing or not," said the Reds boss.

Jurgen Klopp and his side will have to shift focus on the Premier League as Liverpool take on Watford in the first match this weekend.

WE RECOMMEND
Watford players to get 'free food' if they fulfil Claudio Ranieri's condition vs Liverpool
Fabinho doubts he will play for Liverpool v Watford due to Brazil schedule
Arsenal lurk around as Alex Oxlade-Chamberlain looks to leave Liverpool for 'game time'
Liverpool likely to sign Barcelona's Ousmane Dembele on free transfer next summer: Reports
Jurgen Klopp reacts after Daniel Craig claims Reds boss can play James Bond
Listen to the latest songs, only on JioSaavn.com