Liverpool's duo of Mohamed Salah and Sadio Mane have been tearing apart teams in the Premier League for the past 3-4 seasons, now achieve a rare milestone. 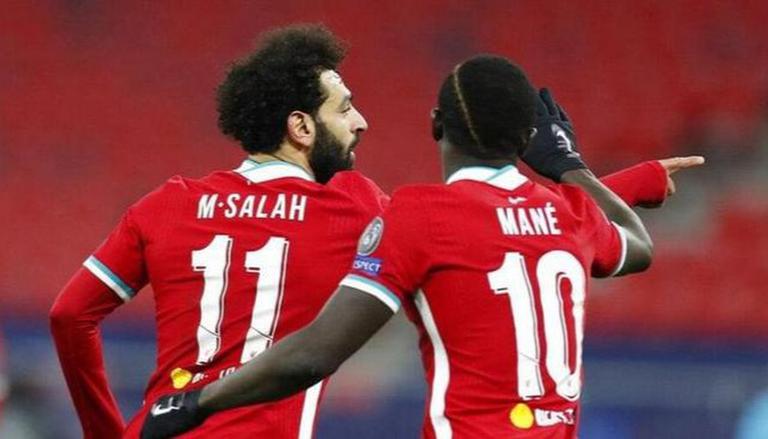 
Liverpool's forward duo of Mohamed Salah and Sadio Mane have been tearing apart defences in the Premier League for the past 3-4 seasons. Both the players hail from Africa, Salah is from Egypt and Mane comes from Senegal. They have recently been honoured by being voted into the Confederation of African Football’s Africa Cup of Nations Team of the 21st Century. Liverpool fans could not control their excitement about seeing their top players in the team.

The fans voted the #TotalEnergiesAFCON Team of the 21st Century 📋

Who’s your favorite player from this squad? ⭐ pic.twitter.com/U67KOmT5qj

A fantastic achievement for @MoSalah and Sadio Mane 👏👏

A fan stated that Salah should be offered a new contract extension.

Extending his contract would be nice, Just saying.

Other fans were just happy that they had both the players and that they hopefully stay long at Liverpool and carry on doing what they are right now.

We’re so lucky to have both of them starting for us every week, hopefully they stay as long as they can do what they’re doing since day one ❤️ https://t.co/TCweLFb7sN

Keeper El Hadary is third on the list of all-time appearances for Egypt. El Hadary made 159 international appearances for his nation between 1996 and 2018. He won the Africa Cup of Nations four times and was named the tournament's best goalkeeper on three occasions. In the 2018 World Cup, at the age of 45 years and 161 days, he became the oldest player in history to play in a World Cup match.

Eto'o was regarded as one of the best strikers in the world during his playing time. He won the African Player of the Year a record four times: in 2003, 2004, 2005, and 2010. Lastly, completing the XI is Drogba, he picked up the African Footballer of the Year twice, winning the accolade in 2006 and 2009.