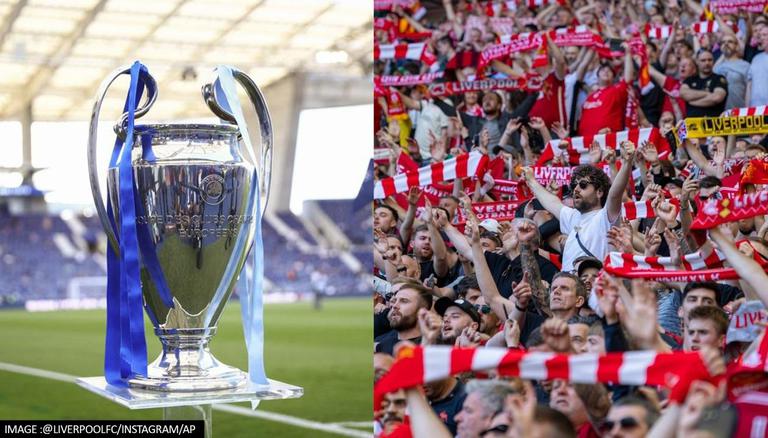 
Liverpool FC issued an official statement regarding the selling of UEFA Champions League 2021-22 final tickets online by fans. Liverpool is scheduled to lock horns against Real Madrid in the UCL 2021-22 final on May 29 in Paris. Meanwhile, reminding supporters to buy tickets from official sellers only, Liverpool has called on social media companies to act and sanction fans who are selling their tickets online.

“Liverpool Football Club has called on social media companies to close more than 50 social media accounts and groups it believes are actively involved in selling or offering to sell, Champions League final tickets online,” the club said. Liverpool also informed that they have identified 13 supporters who had offered to sell their tickets for Saturday’s game online. “Those fans have had their tickets cancelled, while their accounts are in the process of being investigated further, with the possibility of added sanctions to follow,” the club further added.

It is pertinent to mention that Liverpool has received an allocation of 19,618 tickets for the UCL final fixture at Stade de France in Paris this weekend. In the official statement on their website, the club also informed that an increase in the number of fans being defrauded online has been noticed, with fake match tickets on offer. The club asked everyone to report if any supporter has offered tickets online.

“Liverpool FC will not stand idly by and watch people try to sell tickets they have been fortunate enough to get access to via the ballot. All reports of ticket touting, or online ticket fraud, will be investigated in line with the LFC sanctions process. If a supporter has been found to have offered a ticket for sale online, this could result in a lifetime ban for that individual,” Liverpool said. Meanwhile, the club will continue to work closely with Merseyside Police to investigate the matter.

Having that being said, it will be the third time that Real Madrid and Liverpool will clash in the final of the European Cup or Champions League. Liverpool won the first final played in 1981 by 1-0, while Madrid defeated Liverpool in 2019. If the Anfield-based team wins the tournament, they will win their seventh European Cup/UCL title and will come in level with AC Milan in the list of teams with the most European Cup/UCL title wins. Only Madrid is ahead of Milan with 13 victories to their name.