Liverpool are reportedly looking to bolster their squad in the next summer transfer window by either signing PSG's Kylian Mbappe or Dortmund's Erling Haaland. 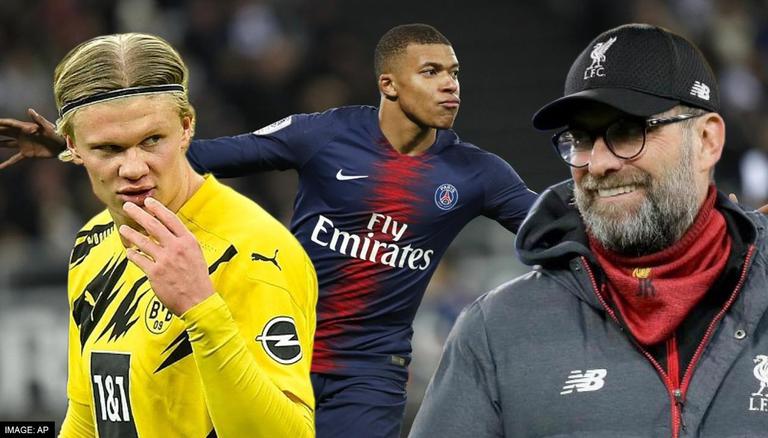 The Reds had a relatively quiet summer window this season as their only major addition to the squad was Ibrahima Konate.

According to Spanish outlet Defensa Central, Liverpool are planning to offer Kylian Mbappe a huge contract worth €30 million per year. It is believed that this offer will beat Real Madrid in the race. Top European clubs are keen on signing the 22-year old star as several reports have suggested in the past that Mbappe has not only refused to renew his contract at the Parc des Princes but has also informed the club of his desire to leave.

A wonderful, sweeping move by the Reds 😍 pic.twitter.com/goRC2Ai0QY

Previously, La Liga giants Real Madrid had attempted to take advantage of this situation as they had bid a staggering of €200m (£171.7m) on deadline day. However, the Ligue 1 giants refused the whopping offer, making their intentions clear to hold onto the 2018 World Cup winner for as long as possible.

Liverpool could also go for Erling Haaland next summer

As per a report from FourFourTwo, Liverpool could be one of the frontrunners to sign Borussia Dortmund's Erling Haaland, who has attracted interest from several top European clubs due to his sublime performances over the past two full seasons. The other English clubs seeking the signing of the 21-year old include Chelsea, Manchester City and Manchester United.

Since the report also adds that the Norwegian has 'his eyes set on going to the Premier League', the four English giants could have a bidding war to sign football's young star next season.

As matchday 12 comes to a close, the Premier League seems to be a three-horse race between reigning champions Manchester City, Chelsea and Liverpool. The Blues (29) currently lead the standings by four points, with the Reds on 25 points after 12 matches. However, Chelsea's lead could be reduced to three if the Cityzens (23) beat Everton.