Man United Vs LFC: What Do Coaches & Pundits Have To Say On The High-octane PL Clash?

A lot of former players, current coaches and players have a lot to say about the upcoming Premier League match, likes of Carragher, Solskjaer having their say. 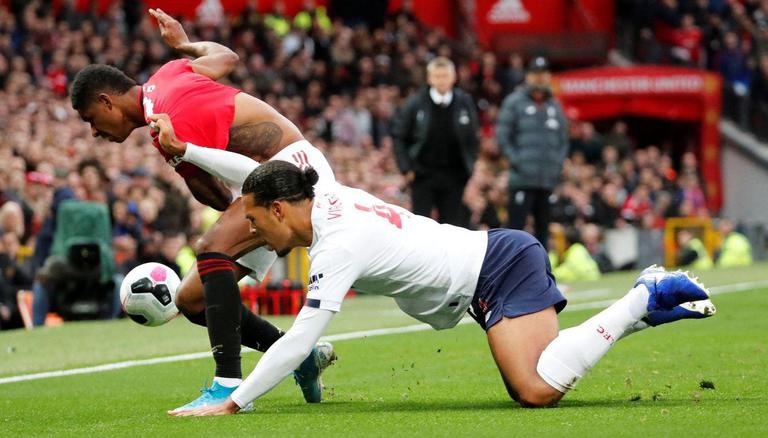 
In a clash of the titans, Manchester United takes on Liverpool in the Premier League on Sunday at Old Trafford. It will be an intense match as it is always when these two giants meet. A lot of former players, current coaches, and players have a lot to say about the upcoming match, including the likes of Jamie Carragher, Ole Gunnar Solskjaer, Andy Cole, and Danny Murphy to name a few.

Manchester United's coach was asked if United considers the high-octane derby a do-or-die game in terms of the title race. Responding to the question, Solskjaer said: "Every time you play for Man United you play for three points, of course, to be seven points behind is going to be a big distance. One point behind is close, but we are so early in the season. Every game matters just as much. We saw last season that every team goes through a bad spell, and this early you can’t talk about title-contending or anything. We are chasing them, Liverpool are one of the teams we are trying to catch up on, in the last four years."

While speaking to the Essential Football Podcast, former Liverpool defender Jamie Carragher said that he could see United winning the match. Given that they are playing at home it will be a very tough match for Liverpool, explained Carragher. He said that the Red Devils at Ole Trafford against Liverpool have been a notorious opponent to face. Liverpool have found it really difficult to win at Old Trafford Carragher added even the great Liverpool teams have had a problem facing United at their home. He said that in Jurgen Klopp's time as well the Reds have struggled to produce a result against United.

READ | Cristiano Ronaldo hits back at haters; 'I will still close mouths and win things'

Solskjaer's former teammate and United legend Andy Cole thinks the team is disunited, and he pointed to their current form to get the best from a group of players with so much talent. "I think at the moment, it hurts me to say, I think it's a bit of round holes, square pegs," Cole told Premier League Productions. "We've got loads of talent, and I mean loads of talent, but how do you try to fit all that talent in?"

READ | Solskjaer is in 'open and honest discussion' with Manchester United, says pressure is on

Former Liverpool star Danny Murphy said that the bar is very high to compare Solkjaer to  Pep Guardiola, Jurgen Klopp and Thomas Tuchel calling the latter three the 'best in the world' and even called Ole 'inferior' to them. Murphy wrote in a column for the Daily Mail. "They set the bar extremely high and, compared to them, Solskjaer is inferior. He has qualities and has done a lot of good things at United. After three years, the fanbase and hierarchy want more than that. They demand trophies and I don’t believe Solskjaer can compete with his rivals tactically or in making big man-management decisions."