Paul Pogba has refuted the claims that said there was a rift between him and Manchester United boss Ole Gunnar Solskjaer calling the report 'Fake news'. 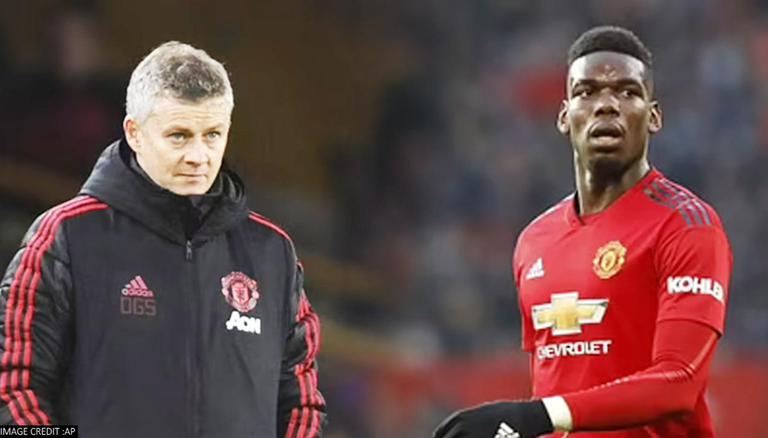 
In a scintillating Premier League clash, Liverpool hammered Manchester United 5-0 at Old Trafford. The Reds were in top form as their counterparts just could not stop the Reds from bombarding the United defence with attack after attack.

The pressure on United boss Ole Gunnar Solskjaer has now increased as he has been unable to deliver the results that are being demanded by the fans and the board. There were reports that midfielder Paul Pogba, who received a red card shortly after coming on, had a falling out with the United boss.

Pogba has under a year left on his contract with the Red Devils and there has been a lot of speculation on his future at Old Trafford.

A report by The Sun said that the French midfielder apologised to his teammates but did not speak to manager Solskjaer and put talks of a new contract on hold following the match. However, Pogba has refuted those very claims, calling the reports fake and said, "Big lies to make headlines."

Pogba also wrote on Instagram that the press was just creating 'polemic' with 'fake news' and that it was all done to create headlines. He said that the reason for him addressing this news is out of respect for his coach, the club and the fans.

The French star wrote on Instagram: "Tabloid press once again wants to create polemic with 100% fake news. Big lies to make headlines. Journalists who use my name to be seen when there is nothing to see. The only reason I address this b.s. is out of respect to my coach, club and fans to send a clear message: the less you read these people the better you are, they have no shame and will say just anything with no basis AT ALL." 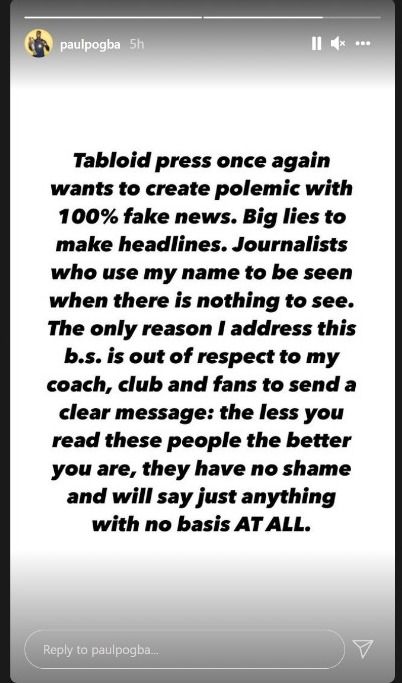 Manchester United were down 2-0 by the 13th minute, courtesy of goals from Naby Keita and Diogo Jota. Around the 38th minute, Mohamed Salah was on hand to put the Reds 3-0 up and 12 minutes later, he scored again.

Just five minutes into the second half, the Egyptian winger scored his 11th goal of the Premier League season and completed his hat-trick to make it 5-0 on the night. Paul Pogba was shown a direct red card in the 60th minute to add to United's woes. They were dominated in all the areas of the pitch, with Liverpool controlling 64% of possession and having more shots than United. The Red Devils were pulled back seven times for offside where Liverpool did not break the line even once.