Manchester City and other Premier League teams had earlier refused to let go of Brazilian players for World Cup qualifiers due to quarantine issues on arrival. 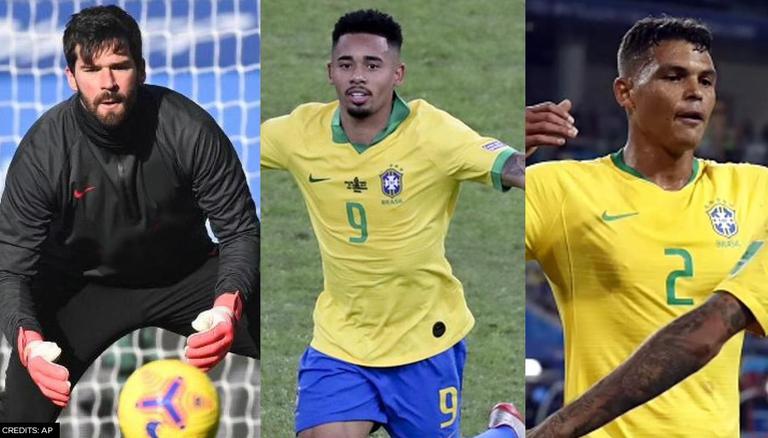 
The suspension of Brazil vs Argentina World Cup qualifier match due to the COVID-19 issue is likely to affect some of the top Premier League clubs as the weekend matches get underway after the international break. Clubs like Liverpool, Manchester United, Manchester City, Chelsea, Leeds and Everton are sweating over the availability of Brazil team players who could face a ban for not participating in international matches.

Premier League clubs had earlier refused to let go of Brazil players for World Cup qualifiers back in South America as they would have to go under quarantine upon arrival back in the UK. According to the quarantine rule in Brazil, players coming from the United Kingdom must undergo a mandatory 14-day quarantine upon their arrival to the nation.

According to a report published by The Athletic, FIFA has been asked to rule on whether Premier League sides will be left without their Brazilian players this weekend by European Club Association CEO Charlie Marshall. The report further states that there are suggestions that Brazil, along with three other South American nations, is going to ask FIFA to impose sanctions on the clubs and will not ask for Everton to be hit with a punishment.

The report further states that Premier League clubs agreed not to release players to Brazil this international break due to a 10-day quarantine rule upon arrival back to the country. However, FIFA rules state that players would then be ruled out for five days following the international break.

If FIFA does punish Brazil players then Liverpool will be the one to suffer the most as they would be without the services of Alisson, Fabinho and Roberto Firmino for the upcoming match against Leeds who would be without Raphinha. Chelsea will lose experienced defender Thiago Silva for this weekend match, while Manchester United and Manchester City will miss the services of Fred, Ederson and Gabriel Jesus.

READ | FIFA World Cup Qualifiers: What will be the result of Brazil vs Argentina suspended match?

The recent Brazil vs Argentina World Cup qualifier clash was suspended after a couple of Argentina players broke the COVID 19 quarantine regulations. The Brazilian Health officials intervened in the match by coming onto the field and objecting participation of Argentina players Emiliano Martinez, Cristian Romero and Giovani Lo Celso after they broke COVID 19 quarantine regulations. Emiliano Buendia had also travelled from the UK and was in the stands. The Argentina football team later boarded the plane and returned home after leaving the stadium under the threat of detainment.