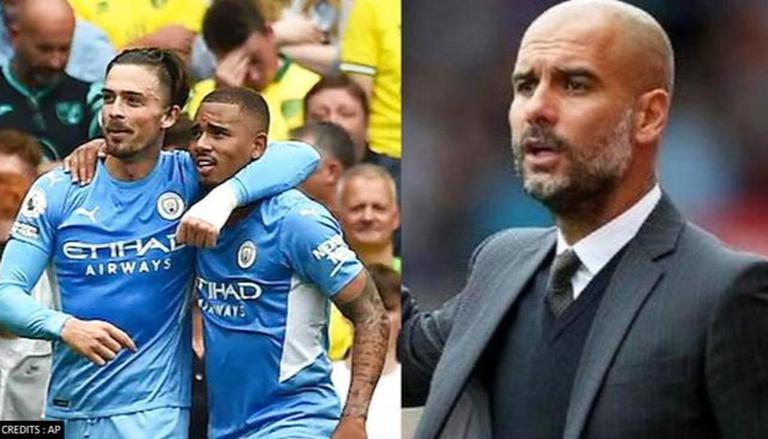 
Manchester City defeated Norwich City by a resounding 5-0 in their second Premier League of the season. Goals from new record signing Jack Grealish, Aymeric Laporte, Raheem Sterling, Riyad Mahrez, and an own goal from Tim Krul helped City to a comfortable win after a bad start to their season when they lost their Community Shield match to Leicester City and then lost their opening Premier League game to Tottenham Hotspurs.

Pep Guardiola said that Grealish has the quality to match Sterling's goalscoring exploits after questions about his finishing following his move from Liverpool.

"If he gets the mentality to score goals like Raheem then yeah (he can)," Guardiola told a press conference "Raheem, when I arrived here, four of five years ago, didn’t have the goal in his mind. That immediately changed. Today Raheem scored a goal because he arrived in the central position like a nine. He is a machine there. Since the first season, he changed his mind and decided I am going to score, score, score. I don’t know if Jack has that mentality that I’m going to score a goal and win games, I have to discover it. Of course with his quality, he can do it."

Pep had also spoken before the Norwich game about Grealish saying that he needs time to settle in with the squad and that the whole team will help. “Everyone needs time, of course for Jack, a bit more because he is new,” Guardiola added. "The team is going to help Jack be who he is and he will help us be the team we want to be. All together. Alone, we cannot do it.," he concluded.

English footballer Jack Grealish who made his move from Aston Villa to Manchester City on August 5 for a record amount of nearly £100 million said that he too had 'teared up a little' during his exit from Villa and felt exactly like football legend Lionel Messi did during the former FC Barcelona star's exit press conference.

Grealish had spent around two decades at Aston Villa rising from their youth ranks to helping them reach the top tier of English football before making his blockbuster move to Man City. Messi, on the other hand, had to depart from his boyhood club after FC Barcelona were unable to afford his wages.