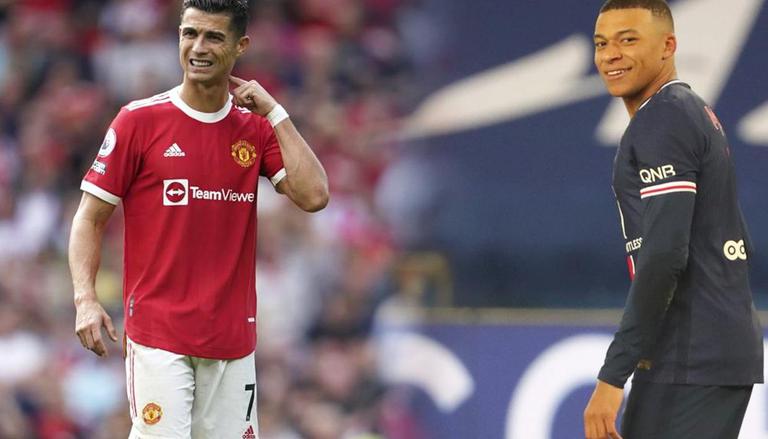 
Five-time Ballon d'Or winner Cristiano Ronaldo seems to be finding life increasingly difficult at Manchester United under new coach Ralf Rangnick. Not only are the Red Devils currently struggling to win games, but also the Portuguese international is finding it difficult to keep his place in the starting line-up. The 36-year old did not even feature in the squad for the team's last game against Aston Villa in the FA Cup over the weekend.

While Rangnick explained that Ronaldo was not a part of the team because he had some issues prior to the game, speculations are yet likely to continue around the 36-year old's future, as frustrations seem to be increasing at Old Trafford. The latest report suggests that Ronaldo could replace Kylian Mbappe at Paris Saint-Germain (PSG) since the Frenchman has not yet signed a contract extension at Parc des Princes.

According to Marca, PSG is considering signing Manchester United star Cristiano Ronaldo to replace Kylian Mbappe, who seems to be running down his contract at the Parc des Princes. The Frenchman's contract runs out at the end of this season, after which it is believed he is keen on signing a contract with La Liga giants Real Madrid.

The report adds that Ronaldo would be keen on a move to PSG as he has never played in the French league before. Moreover, after Lionel Messi's blockbuster move to the French capital this past summer transfer window, there were rumours that president Nasser Al-Khelaifi was keen on building a dream team that featured the best players. And for such a team, who better to have than two of the most successful footballers in the world. Messi won a record-extending seventh Ballon d'Or earlier this year.

However, Ronaldo's potential move to PSG all hinges on Mbappe's decision. The 23-year old looks determined to sign for Los Blancos, considering reports have linked him to the Spanish capital since the beginning of the summer transfer window. It is believed that the Ligue 1 giants rejected bids from Real Madrid that were as high as €200 million for their French superstar.