Inban Udhayanidhi, who has chosen to carve a path outside of his family's political legacy, will represent Neroca FC under a two-year contract. 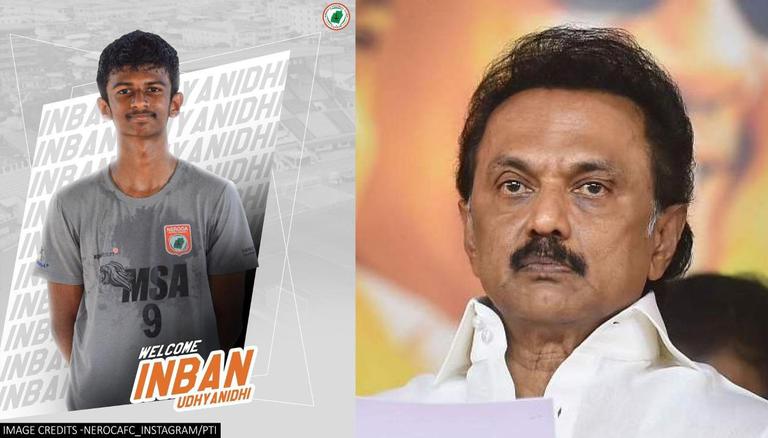 
Tamil Nadu Chief Minister MK Stalin's grandson Inban Udhayanidhi has been signed by Imphal-based Neroca Football Club for the prestigious I-League. Son of actor-turned-MLA Udhayanidhi Stalin and Kollywood filmmaker Kiruthiga Inban was roped into the popular Indian football club after a 10-day trial in Chennai in July. The young footballer, who has chosen to carve a path for himself outside of his family's political legacy, will represent Neroca FC under a two-year contract.

Taking to Instagram, Neroca FC tweeted a photo of Inban Udhayanidhi, welcoming him to the orange brigade. The caption said,
"Transfer alert. Another one from Chennai's Trials. We are happy to announce the signing of the young  defender @inban_udhayanidhi . Welcome to orange brigade."

According to reports, the 16-year-old who is currently in Class 12, started playing football when he was in Class 5 following the footsteps of his idol and legendary football players such as Cristiano Ronaldo, Luka Modric, and Casemiro. According to him, Real Madrid played a crucial role in influencing him to take up the sport professionally.

Inban also shared that although he did not get to talk to his grandfather- MK Stalin- on a regular basis (owing to the latter's busy schedule), he was certain that his grandfather would be supportive of his decision to become a footballer. The 16-year-old has been given a green signal by his parents to travel to Imphal for preseason. He will be staying away from Tamil Nadu for five months.

The young footballer hoped that his entry into the prestigious Indian football club could open doors to the U-17 Indian football team. According to reports, his dream is to pursue football professionally and represent the country at a global stage.