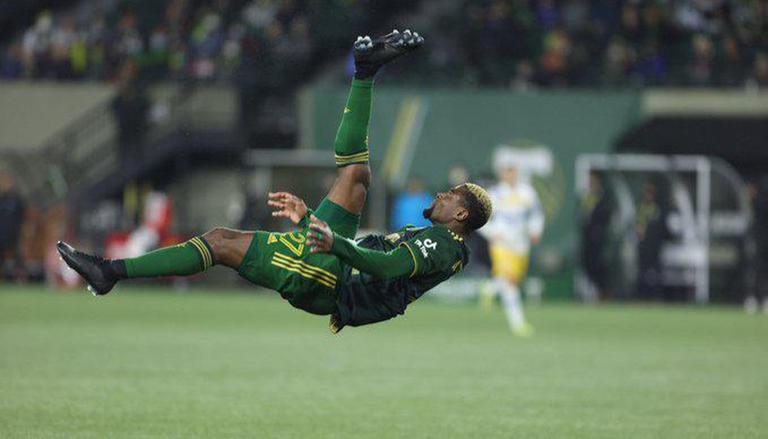 
The Major League Soccer (MLS) on Wednesday witnessed one of the most incredible goals, not just in the tournament but arguably in the sport's 100-year-long history. Dairon Asprilla, who plays for the Portland Timbers, scored a stunning bicycle kick goal, the likes of which were never seen before. The Timbers were playing against San Jose Earthquakes on Wednesday when Asprilla managed to secure an incredible goal for his side to help them win the game 2-0.

The eye-opening goal was scored in the 55th minute of the MLS game when Asprilla managed to recover a rebound from Earthquakes goalkeeper JT Marcinkowski, who spilled the ball after failing to hold on to it following a kick by Santiago Moreno. As Marcinkowski lost control of the ball, Asprilla made no mistake and effected an incredible bicycle kick over the goalkeeper's head to send the ball inside the post. Here's the video of the bicycle kick goal scored by Dairon Asprilla.

Asprilla had scored similar goal in 2019

In terms of the game, the Portland Timbers never gave the Earthquakes a chance, scoring their first goal in the 34th minute. After an assist from Felipe Mora, Diego Chara scored the Timbers' opening goal. After the halftime break, Asprilla scored the second goal for his team, putting Timbers in a comfortable position. There were no more goals scored after it, and the Timbers won the match against the Earthquakes.