Mohamed Salah Opens Up On Competition With Sadio Mane: 'Sometimes I Act Selfishly...'

Liverpool wingers Mohamed Salah and Sadio Mane are in the form of their lives as the pair have scored 20 goals between them in the Premier League. 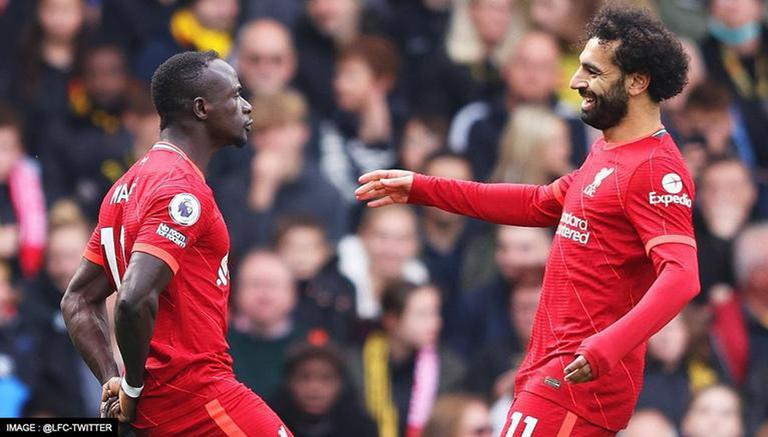 
Liverpool wingers Mohamed Salah and Sadio Mane are in the form of their lives as the duo has scored 20 goals between them in the Premier League. The Egyptian international leads the golden boot race with 13 goals, while his Senegalese teammate has scored seven so far this season.

Even though both players are in stunning form and have helped the Reds climb up to second place in the Premier League standings with 34 points, there have still been widespread speculations of a possible rift between the two since they do not pass to each other. While Salah admitted that there is a sense of competition between the two and that he may have acted selfishly at times, he insisted that the team is still the priority and that they share a good relationship.

Mohamed Salah opens up on partnership with Sadio Mane

While speaking to Egyptian broadcaster MBC, Mohamed Salah said, "My relationship with Sadio [Mane]? We are teammates on the pitch and in the locker room, and it's a professional relationship. He and I give everything we have for the team to win. We may have a competition for who is better, but this is normal in any team and a legitimate right for any player, but in the end, we serve the team. Sometimes I act selfishly on the field, but no one puts his interest above the interest of the team, and it is not intentional."

The 29-year old then went on to shed light on an incident when Mane left the field in anger, resulting in several pundits concluding that the duo had a bad 'relationship' between them. "In a match, Sadio left the field angry, this was the first time people talked about the bad relationship between us, and they associated every time I did not pass to him or he did not pass to me with this situation. But Sadio gives me many assists, and so do I. I am not jealous if someone else scored goals."

Liverpool will next lock horns with AC Milan in the UEFA Champions League on Tuesday night, with the match scheduled to commence live at 1:30 AM IST on December 8. Since the Reds have already qualified for the knockout stages, they may choose to rest star duo, Mohamed Salah and Sadio Mane, amongst others.