We look at the NEP vs AUS Dream11 team, top picks, alongside other details of the AFC 2022 World Cup qualification campaign match between Nepal and Australia. 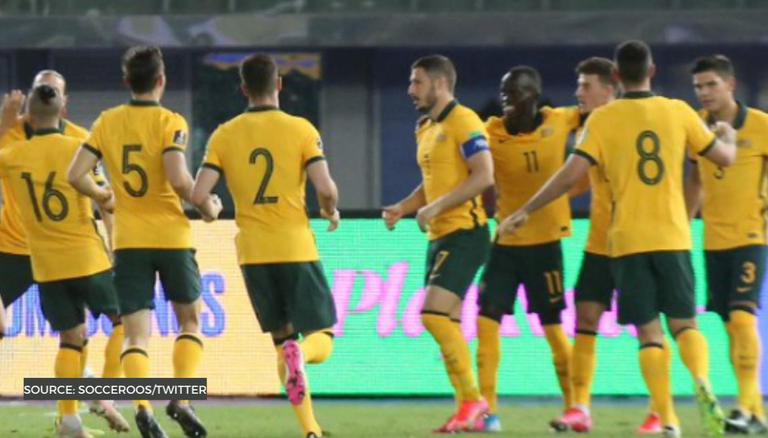 Australia square off against Nepal in their AFC 2022 World Cup qualification campaign on Friday, June 11. The AFC 2nd Round Group B game is set to be played at the Jaber Al-Ahmad International Stadium with the kickoff scheduled for 2:00 AM AEST (9: 30 PM IST). Let's have a look at the NEP vs AUS Dream11 team, top picks, alongside other match details of this encounter.

Just a few days until we're back again 💪

And it's a simple equation.

Win against Nepal = top of the group locked in 🔒

Nepal will enter the match as the 4th ranked team on the Group B table of the Asian Qualifiers for the 2022 World Cup. The so-called hosts of the match have recorded just two wins in their previous seven qualification matches having suffered five losses in the remaining games. With six points against their name, Nepal find themselves trailing third-ranked Kuwait by 4 points while having played an extra game. Heading into the match after suffering from a 3-0 loss to Jordan in their latest outing, Nepal will be looking to get back on the winning ways but have an extremely difficult job at hand on Friday.

Australia on the other hand have been one of the best performing teams in the Group B of their AFC 2022 World Cup qualification campaign. The visitors are yet to drop a single point in their ongoing campaign having recorded six wins from all six matches. They have also been one of the most defensively resolute teams conceding just 2 games while scoring 24 in the AFC 2022 World Cup qualification Group B. With 18 points, Australia will look to register their seventh straight win in the 2022 FIFA World Cup Qualifiers campaign and walk away with three points against Nepal.

Vice-Captain - J. Irvine or A. Bista

Australia start the game as undisputed favourites and are expected to record a convincing win over Nepal on Friday.