Depay and De Ligt seemed unconcerned about the Netherlands fixtures Euro 2020 as they gave an epic response when told they were not the favourites. 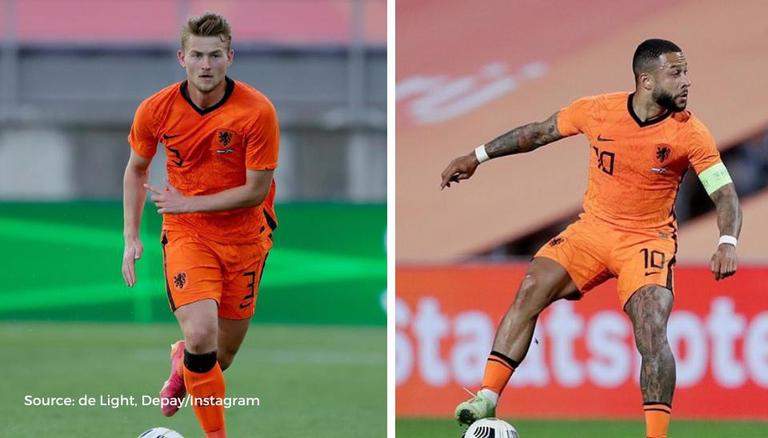 
While the Netherlands undoubtedly enter Euro 2020 as the underdogs, their star players are not shy of facing the fiercest of competition. The Oranje have often been criticised in the past few years, especially because they missed out on qualifying for the 2018 World Cup, having reached the final and the semi-final of the previous two editions. Despite the widespread criticisms, Memphis Depay and Matthijs de Ligt had a savage response to critics not considering them in the top five favourites for this edition of the Euros.

The Netherlands team has witnessed a massive slump in recent years as from being outside favourites to win the previous editions of the World Cup, they are not even included in the top five favourites to win their own continent's trophy. Several data agencies reportedly do not consider the Netherlands amongst the top five favourites anymore for the Euros. However, that did not seem a concern to Memphis Depay or Matthijs de Ligt as both gave a savage response.

- All data agency’s don’t include you in the top 5 favorites anymore for the EURO’S..

De Ligt: “Luckily football is played on a football pitch, not in a data agency." pic.twitter.com/cT216Ng27E

While the Netherlands duo of Memphis Depay and Matthijs de Ligt seem unconcerned about their status coming into the Euros they cannot deny that they have a depleted squad. Dutch captain Virgil van Dijk was ruled out of the tournament due to anterior cruciate ligament damage he suffered while playing for Liverpool against Everton at Goodison Park in October 2020.

Meanwhile, the latest Netherlands player to be ruled out due to injury is Donny van de Beek with the Dutch FA confirming he will miss the upcoming Euros. With key players missing, Netherlands will definitely find it difficult to get past the later stages in the tournament as they are the favourites to top their Group. The Netherlands fixtures Euro 2020 is given below with all timings in IST.

🔶 Donny van de Beek misses EURO 2020
Van de Beek has to let the European Championship pass by. The midfielder is struggling with an injury. As a result, he is not available in time for EURO 2020. Frank de Boer will not call a replacement for Van de Beek.
Get well soon, Donny! 🙏