As Paris Saint Germain rope in Football Megastar Lionel Messi in a two-year deal, take a look at Messi’s thoughts on becoming a PSG player 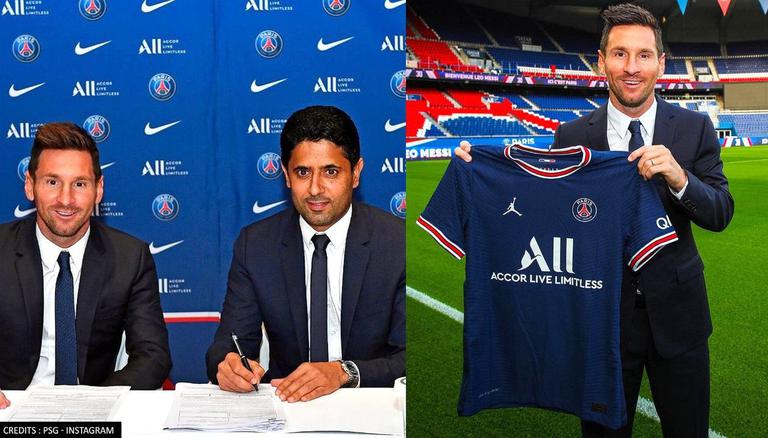 
Lionel Messi joined Paris Saint-Germain(PSG) on a two-year contract with the option of an additional year after his exit from Barcelona following his 21-year stint with the Spanish giants. In a press conference with the PSG post his inclusion to the side, Messi expressed his excitement to play for the French club. He also made it clear that he is ready to solve PSG's problems in Europe, after their recent near-misses.

Messi stated that he was grateful to the PSG fans for accepting him with open hands and assured them that they are up for an exciting season ahead. He also stressed the fact that his move out of Barcelona was a tough one and it would be a bit strange to play against the team, where he grew up. However, he looks forward to keep growing and winning titles with his new team.

Not Sure, when I will be fit to play: Messi

On being asked about his first outing with the new side, Messi said, “Actually, I don’t know. I was on holiday. I spoke to the technical staff yesterday. So, maybe I need a pre-season myself. I am going to begin to train and work. I hope I can play as soon as I can. I really want to but I can’t. That’s the answer, exactly to your question. When I feel I am ok, I will be ready and willing to play”. He admitted to not being sure when he will be fit enough to make his PSG debut after a long hectic summer.

Messi started his career as a teenager with Barcelona and went to play for the Spanish club for 21 years. In his time with the club, he scored 672 goals, 266 assists in 778 appearances and also lifted 34 team trophies with them. Even after his contract expired in 2021, fans across the globe were expecting Messi to continue with the team. However, Messi on August 8 announced that he would be bidding goodbye to the only club for which he had played to date

In an emotional press conference following the news of his departure, Messi said, “It's time to say goodbye to Barça. It has been a long time, all my life. I can't be more proud of what I have done and experienced in the city and I know that after a few years away I will be back - that I have promised to my kids also. Barça is the biggest team in the world and they have a great squad. The Club is more important than anything and people will get used to that. At first, it will be strange but they will come around.”

Messi made his La Liga debut at the age of 17 in October 2004. He will now be coached by his fellow Argentine player Mauricio Pochettino at PSG.