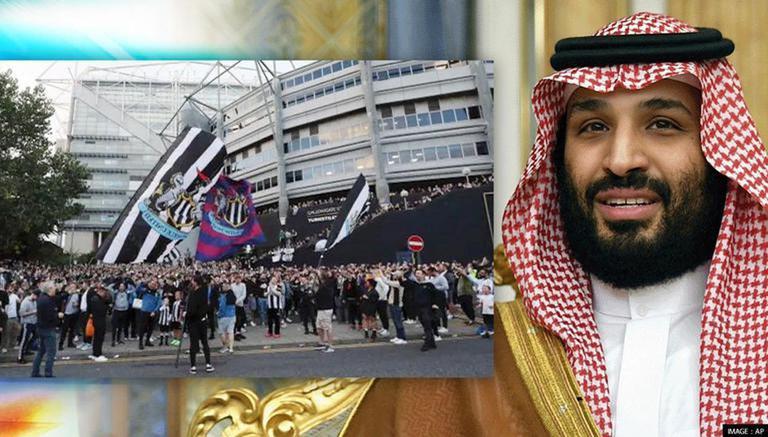 
After Newcastle United's successful £300 million takeover by Saudi Arabia backed consortium, Public Investment Fund (PIF), the club are already looking to raid Manchester United for four-star players. Newcastle's new owners are by far the richest in the Premier League as they have a staggering net worth of £320 billion.

Meanwhile, Manchester City's owner, who is the second richest in England's top flight, only has a net worth of £22.9 billion in comparison. With such owners backing the Magpies now, they are set to play a crucial role in upcoming transfer windows as they look to get back to fighting for European spots.

According to The Mirror, Newcastle United are looking to sign Donny van de Beek, Jesse Lingard, Anthony Martial and Eric Bailly. van de Beek is likely to look for a move elsewhere as he has just managed five minutes of Premier League action since his arrival for £35 million last season. With the 24-year old looking for more game time, he could exit Old Trafford in the January transfer window or the 2022/23 summer transfer window.

Another player who has often seen himself out of sorts at Manchester United in recent times is Jesse Lingard. After the 28-year old's exceptional 2017-18 campaign where he scored 13 goals, he has seen limited game time at Old Trafford. Since that season, Lingard has experienced two average seasons and was also sent on loan to West Ham for his second season. With him helping the Hammers qualify for Europe by scoring nine goals and registering five assists in just 16 matches, he was recalled to the Red Devils' squad.

However, with United having signed new players over the summer, he once again has had few opportunities. Two other players who have seen limited game time due to similar reasons are Eric Bailly and Anthony Martial. With Ole Gunnar Solskjaer's side signing Raphael Varane and Cristiano Ronaldo over the summer, Bailly and Martial have gone down the pecking order. It remains to be seen if Newcastle will sign any of these star players after the ownership change, with most of them likely looking for a move elsewhere to improve their game time.

READ | With £320 bn net worth, where do Newcastle United's new owners rank among PL's richest?

WE RECOMMEND
Ole Solskjaer's daughter Karna is a star in making at Manchester United; check details
Manchester United boss slams Premier League for fixtures; 'common sense not so common'
Gary Neville says 'Manchester United will not win anything' if...; makes Ronaldo point
Manchester United fan's tweet over player performance gets reply from McDonald's
With £320 bn net worth, where do Newcastle United's new owners rank among PL's richest?
Listen to the latest songs, only on JioSaavn.com