In the summer of 2013, Manchester City were linked with a move for Neymar but pulled out of the race due to the Brazilian's bizarre request. 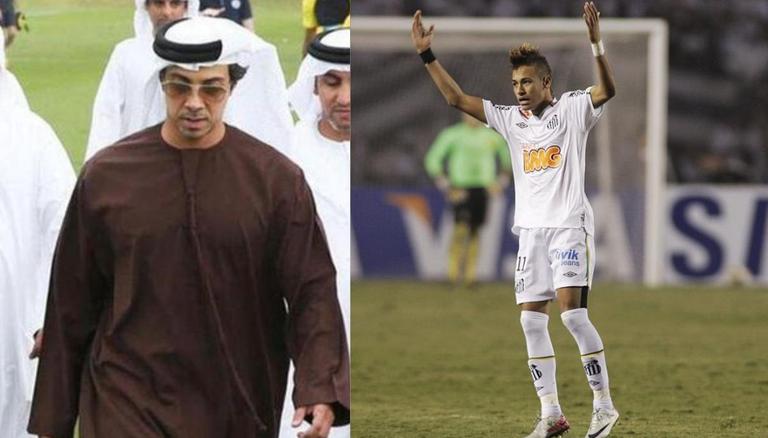 Prior to his move from Santos to Barcelona in 2013, there was plenty of talk around Neymar potentially moving to Man City. The Brazilian winger became the talk of the town for several top clubs in Europe and the Cityzens were interested in bringing Neymar to England. However, Man City's hierarchy pulled out of the race to sign Neymar due to a bizarre request from the forward.

Neymar transfer news: Why did Man City pull out of race to sign Neymar in 2013?

In the summer of 2013, Man City, who were trying to lure Neymar from his first club Santos, learned they stood no chance as the Brazilian believed specially tailored boots were required for muddy English pitches. At the time, Man City were prepared to bid for the star winger, who was linked with several European suitors. However, the Neymar clan recommended City that the striker would need new, customised football boots for helping him to play in the “English mud”.

Neymar wanted special boots to play for Man City when prospect of a move arose a couple of years ago. Now changing boots on side of pitch...

Reports from the Telegraph then claimed that the senior management at City were 'shocked' by Neymar’s belief that English weather and pitches would require specially designed football studs as the normal footwear wouldn't sustain in the harsh climate of the UK. Manchester City then immediately withdrew from the race to sign the sensation, rather than giving in to his demands.

However, Man City later understood this to mean that Neymar had his heart set on signing for Barcelona, which he did in June of that year for a fee of around £71 million. Neymar eventually played in England a year later when Man City drew Barcelona in the UCL round of 16. The forward went on to win two LaLiga titles, three Spanish Cups and a Champions League during his four-year sojourn at the Camp Nou.

Neymar then joined PSG in a world-record deal worth £198 million in 2017. During his time at PSG, Neymar has won three Ligue 1 titles so far and helped the Parisians to their maiden UCL final last year. However, he was unable to guide them to this year's final as Pep Guardiola's Man City were able to beat the French giants over the two legs of their UCL semi-final tie.

READ | Where are the Soccer Players in Fortnite? Neymar Jr Outfit challenges and more

PSG and Neymar will now focus on their domestic league. The Parisians are currently in second place on the Ligue 1 table, just a point behind league leaders Lille with three games remaining.

READ | How to get Neymar Jr in Fortnite? Neymar challenges, skin prices and more

WE RECOMMEND
Neymar TAUNTS Bayern's Kimmich by celebrating in front of him, explains reason behind it
Man City break record of consecutive Champions League wins by any English side in history
Is Neymar playing tonight vs Man City? PSG team news for UCL clash
How to get Neymar Jr in Fortnite? Neymar challenges, skin prices and more
Is Neymar playing tonight vs Bayern Munich? PSG team news for UCL clash