'No Benzy, No..': Ozil Aims Jibe At France After Messi & Team Gets Crowned As WC Champions

Mesut Ozil aimed a dig at France, post Argentina's FIFA World Cup 2022 triumph in Qatar after winning the final by 4-2 in the penalty shootout. 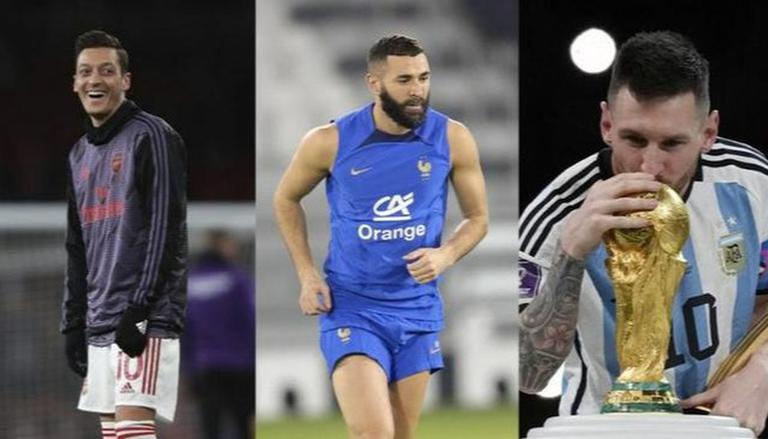 
German football superstar Mesut Ozil took to his official Twitter handle on Sunday after Argentina’s win over France in FIFA World Cup Qatar 2022 final. While Argentina picked up the prestigious title with a 4-2 win in the penalty shootout, after the game ended in a 3-3 draw, Ozil mentioned French superstar Karim Benzema in his jibe at France football. Benzema was one of the notable absentees from France’s World Cup squad as he picked up an injury right before the tournament.

Meanwhile, taking the dig at French football, Ozil said, “No Benzy, No Party.” It is pertinent to mention that Kylian Mbappe was unstoppable for France in the final as he completed a mesmerising hat trick. Mbappe also found the back of the net during the penalty shootout, as French fell short and Argentina won the shootout by 4-2.

France certainly missed the Ballon d’Or 2022 winner Benzema by their side at the prestigious tournament. Although his participation at the marquee event never seemed possible, the French coach Didier Deschamps faced questions related to the 35-year-old footballer on several occasions. On being asked if Benzema would play the final against Argentina, Deschamps notably turned down the question and said, “I don't really want to answer that question. Next question.”

Karim Benzema’s emotional post after he picked up the injury

Meanwhile, in the statement about Karim Benzema’s injury ahead of the FIFA World Cup Qatar 2022, the French Football Federation revealed that the player was forced to cut short his training session after he felt pain in the quadriceps of his left thigh. He then went for an MRI at a hospital in Doha, where it was confirmed that Benzema had suffered a femoral rectus injury. It was also revealed that the injury required a three-week recovery period.

Having scored 37 goals in 97 international appearances for France, Benzema was seen as a key player in France’s title defence at Qatar 2022. After picking up the injury, Benzema posted a long message on his social media handle, revealing his feelings. “In my life I never give up but tonight I have to think about the team like I always do so the reason tells me to leave my place to someone who can help our team to make a great world cup. Thank you for all your messages of support,” Benzema’s post read.