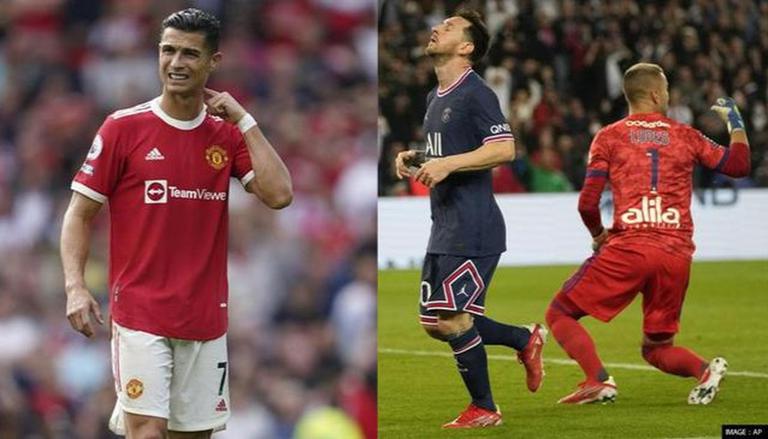 
Legendary Portuguese footballer Cristiano Ronaldo doesn’t believe Lionel Messi will pick his seventh Ballon d’Or this season, however, he thinks a Real Madrid star will win the award for the first time. The legendary striker named Real Madrid star Karim Benzema as his favourite to pick the award. The Ballon d’Or shortlist was recently announced and it contains names of as many as 30 players, including Messi, Ronaldo, Benzema along with other Premier League footballers like Phil Foden, Mason Mount, and Raheem Sterling.

As reported by Mirror, Ronaldo took to Facebook and said that Benzema will clinch the Ballon d’Or without any doubt. He added that Benzema has been brutal in the field over the past 10 years and has been a champion player. Meanwhile, Messi is regarded as one of the favourites to win the award along with other possible winners in form of Bayern Munich striker Robert Lewandowski and Chelsea midfielder Jorginho. Real Madrid coach Carlo Ancelotti has previously spoken highly about Benzema and said, “Karim is doing well. He's scored eight goals and can make you forget that he is playing very well with the team, he gets behind, he contributes to the other players. He's a striker who doesn't just score goals. He is complete in every way. The day when he needs a rest we'll play [Luka] Jovic, who has been doing really well." Ancelotti added that Jovic faces some serious competition but he has played well whenever opportunities have been presented. The coach further added that Jovic will play whenever Benzema is unavailable.

Karim Benzema is among the two Real Madrid players who have been shortlisted for the Ballon d'Or award, with the other being a former Ballon d’Or winner Luka Modric. Madrid have seen a decline in their form in recent years after losing star players like Ronaldo, Raphael Varane, and Sergio Ramos, however, Benzema has continued to be an important part of the club. The French International player is Real Madrid’s top goalscorer and coach Carlo Ancelotti’s goal-scoring option. In the 2021-22 season, Benzema has scored nine goals in eight LaLiga games and has assisted goals on seven occasions. He has scored a single goal in two Champions League matches.