Paulo Fonseca Contract: How Much Money Will Fonseca Earn At Tottenham?

Paulo Fonseca contract at Tottenham: The former AS Roma boss is reportedly set to sign a three-year contract with Tottenham on Wednesday. 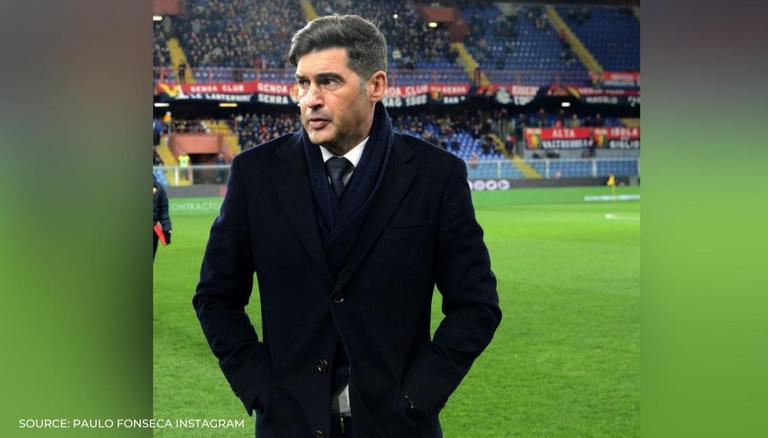 Tottenham Hotspur are reportedly set to appoint Paulo Fonseca as their new manager this week on an expected three-year deal. After confirming the arrival of Fabio Paratici as the club's new Director of Football, Tottenham are now making a move for the former Roma manager following the collapse of talks with former Chelsea and Inter manager Antonio Conte. Paratici has reportedly informed Tottenham that Fonseca fits the brief to become the club's new head coach and there is confidence within Spurs and Fonseca's camp that a deal will be concluded in the coming days.

Earlier on Tuesday, transfer expert Fabrizio Romano claimed that Paulo Fonseca is expected to sign his contract with Tottenham on Wednesday. It is suggested that talks progressed well over the weekend with Fonseca agreeing in principle to take over at Spurs, where he will replace former Tottenham boss Jose Mourinho, the manager who has succeeded him at Roma. The deal for Fonseca is expected to be structured in an initial two-year contract with an option for another season.

Spurs dismissed the self-proclaimed 'Special One', Mourinho, in mid-April but have been repeatedly frustrated in their search for a replacement, with Bayern Munich swooping in to land original top target Julian Nagelsmann. Tottenham chairman Daniel Levy then tried to lure Mauricio Pochettino back before flirting with Antonio Conte, though ultimately Spurs have now settled to bring in Fonseca.

How much money will Fonseca earn at Tottenham? Paulo Fonseca salary at Tottenham revealed?

While it's almost certain that Fonseca will sign his Tottenham contract on Wednesday, reports from Calciomercato claim that Fonseca will earn around €5 million a year (£4.3 million – or around £82,000-a-week) when he becomes the new Tottenham Hotspur boss. If reports are to be believed, that would put him somewhere between Sean Dyche and Mikel Arteta in the Premier League managerial earning table.

According to reports, Tottenham paid former manager Mourinho around £15million-a-year. That’s more than three times what Fonseca will earn. Mauricio Pochettino earned half of that, meaning Fonseca is even some way short of the Argentinian as well.

In his first season at Roma, Fonseca led the Serie A side to a fifth-place finish in the league, but he walked away at the end of this season having finished seventh and suffering a semi-final defeat to Manchester United in the Europa League.