The six-man list of nominees for the PFA Player of the Year 2021 candidates has been confirmed as four Manchester City players make the cut to win the honour. 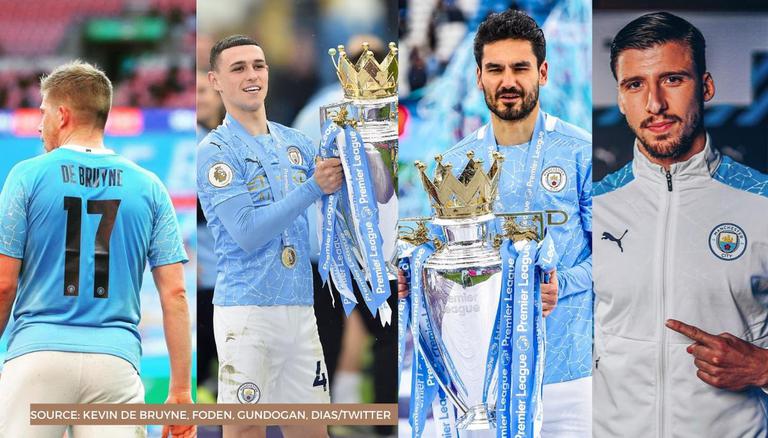 The FA has announced the six-player list naming the footballers in contention to win the PFA Player of the Year 2021 award this season. Citing Manchester City’s excellent run in the domestic league which saw Pep Guardiola’s side being crowned as the Premier League champions, more than 50 per cent of the PFA Player of the Year nominees list is filled with Man City player, which does not come as a surprise.

⚽️ The nominees for the 2021 PFA Men’s Players’ Player of the Year!
@B_Fernandes8@HKane@IlkayGuendogan@DeBruyneKev@PhilFoden@RubenDias

When will PFA Player of the Year be announced?

Manchester City dominated the Premier League and consequently, four Manchester City PFA Player of the Year nominees have now been named for the prestigious annual award in English football. The prestigious PFA Player of the Year 2021 focuses on recognising talent and awarding excellent performances by players across the season with all the football players of the league having a vote to name the winner of the award. Following the conclusion of the 2020-21 English football season, the award ceremony is set to take place on June 6 with players across various genders and age groups in line to win the top individual award in England.

READ | Barcelona, Real Madrid and Juventus to be banned from the Champions League this week?

Last year, Manchester City's Kevin De Bruyne won the prestigious award with the Belgian star also in contention for the prized trophy this time around. The Manchester City PFA Player of the Year nominees consist of Ruben Dias, IIkay Gundogan, Kevin De Bruyne and Phil Foden with all the four players proving to be a vital cog in City's title triumph this season.

Ruben Dias has not put a foot wrong in his first season in England since joining Manchester City from Benfica in the summer. The Portuguese centre-back has formed a solid partnership with John Stones at the heart of the City's defence. Phil Foden has also been one of the shining stars for the Premier League winners with the Englishman proving instrumental for Pep Guardiola's setup across competitions this season.

PFA Player of the Year predictions

Despite Man City's triumph, Harry Kane and Bruno Fernandes have been the stand-out performers in the English Premier League this season. The Spurs captain has scored over 23 goals in 35 matches while providing 14 assists. He walked away with the Golden boot as well as the playmaker award while creating a historic record following an incredible individual season for Tottenham. The 27-year-old striker leads the race and could well walk away with yet another individual accolade before drawing curtains to the 20-21 season.

READ | Who is Emerson Royal? Barcelona bring back player from Real Betis as rebuild continues
First Published: 2nd June, 2021 18:22 IST
SUBSCRIBE TO US