Barcelona eyes transfer of three big players for the 2022 transfer window, after Lionel Messi left Barca in the summer transfer window which ended on August 31. 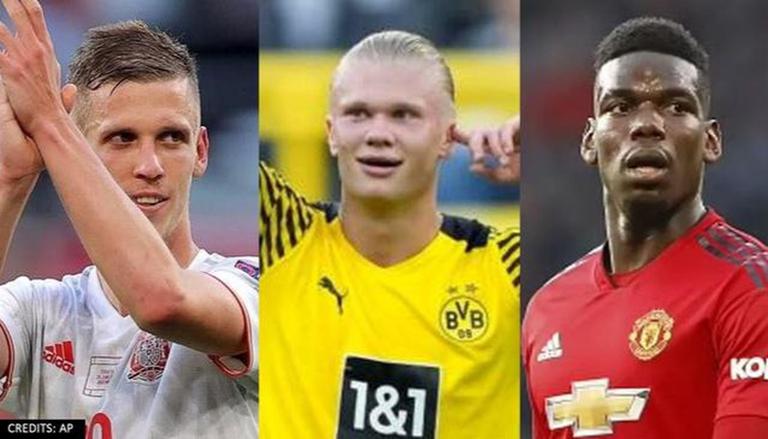 
After enduring a difficult summer in Barcelona FC by announcing a £1.15bn debt, Barca is now eyeing to rope in Paul Pogba, Erling Haaland, and Dani Olmo in the next transfer window in 2022. The club was weakened as they saw the transfer of legendary footballer Lionel Messi to Paris Saint-Germain(PSG) in the last summer's transfer window. As reported by Daily Mail Online, Barcelona has already started on a deal to rope in RB Leipzig’s forward Dani Olmo and could also make moves to bring Borussia Dortmund striker Erling Haaland and Manchester United’s attacking mid-fielder Paul Pogba into the club.

As per reports, Barca almost roped in Olmo in the summer transfer window but a move wasn’t initiated as he wanted a five-year contract with the team. They now seem like having a deal in the process, as they negotiate with the German outfit Leipzig for the player’s salary. Olmo has scored 12 goals in 64 matches after joining the club in January 2020. On the other hand, Haaland is also being heavily linked with Barca as a dream option for the club.

Haaland has a release price tag of £76m in his clause which comes into effect in the coming year. He has scored 66 goals for Dortmund while appearing for the club in 66 matches. Meanwhile, another star player who remains an option for Barcelona is Paul Pogba, as his current contract situation at Manchester United is still not resolved. Pogba has scored 38 goals for the United while making 211 appearances for the club in all competitions.

The 2022 transfer window will open on January 1 and will end after a month on January 31. Barcelona with limited options in the summer transfer window, signed Sergio Aguero, Eric Garcia, and Memphis Depay on free transfers, and Luuk de Jong and Yusuf Demir joined the club on loan. In their 2021 La Liga season, Barcelona has won two out of the three matches in La Liga, that they have played so far. They have a total of seven points in the La Liga points table and find themselves in the ninth position.