Here's a look at the Premier League results on Matchday 37 as we head into the final day of the 2020-21 season, with three teams in the hunt for UCL football. 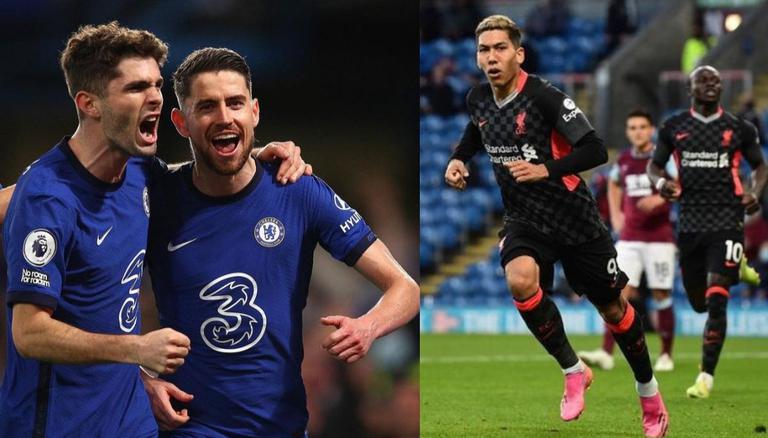 Premier League top 4 race to go down to the wire

Thomas Tuchel's Chelsea climbed up to third and dented Leicester's prospects of Champions League football with a 2-1 victory at Stamford Bridge on Tuesday. Meanwhile, Jurgen Klopp's  Liverpool took advantage of Leicester's loss on Wednesday, leapfrogging the Foxes with a 3-0 win over Burnley to take control of their fate. Liverpool are now level on points with Leicester in fourth but have a superior goal difference heading into the final day of the season. Just one point and goal difference separate Chelsea, Liverpool and Leicester heading into Sunday's finale as the Premier League top 4 race heats up.

Tottenham suffered a 1-2 defeat against Aston Villa at home. However, their north London rivals Arsenal did manage to secure a win over Crystal Palace to keep alive their hopes of playing in Europe next season. Man United were held to a 1-1 draw at home against Fulham on Tuesday.

Leicester are four goals behind on goal difference so need to better Liverpool’s result when they host Tottenham at the King Power at the weekend. Third-placed Chelsea, who are a point ahead of both, travel to Aston Villa on the final day of the campaign as per the Premier League Matchday 38 fixtures list. Liverpool have now won four consecutive league games for the first time in a difficult season ravaged by injuries to key players and the Reds will finish their campaign at home against Crystal Palace.

Premier League points table ahead of final day of the season

The #PL table heading into the final day of the season pic.twitter.com/oHSjC4Glno