Burnley's Chris Wood scripted history on Sunday as he hit the Premier League's 30,000th goal against Leeds United that ended in a 1-1 draw at Turf Moor. 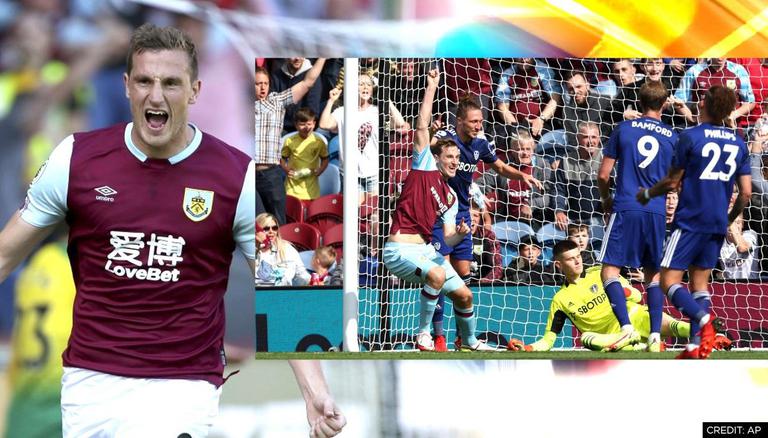 
Burnley's Chris Wood created history on Sunday as he hit the Premier League's 30,000th goal against Leeds United. However, the goal was not sufficient to claim all three points as Patrick Bamford scored an equalizer in the 86th minute to help Leeds share the spoils. Despite Wood's Premier League record-breaking goal, he was disappointed that the team did not leave Turf Moor with all three points.

Burnley's Chris Wood scored the Premier League's 30,000th goal with the faintest of touches following Matt Lowton's initial low shot. Wood's touch deflected the ball beyond goalkeeper Illan Meslier for his first goal of the season. However, Leeds United equalized following some brilliant play from Raphinha. The Brazilian passed two defenders before delivering a ball to Jamie Shackleton. Shackleton attempted a shot that was guided home by Patrick Bamford. Meanwhile, Wood's Premier League record-breaking goal and his disappointed reaction after the game can be seen below.

📺 Watch back the key moments from this afternoon's 1-1 draw with Leeds United, including a first goal of the season for @officialcwood

As a result of the 1-1 draw, Burnley earned their first points of the Premier League campaign. On the other hand, Leeds United secured their second point of the season after having played out a 2-2 draw against Everton in their previous game. Burnley will now face Everton at 12:30 AM IST on September 14 at Goodison Park. Meanwhile, Leeds United will face Liverpool at 9:00 PM IST on September 12 at Elland Road. There will be no Premier League games this weekend due to the international break.

Premier League results from the weekend

Reigning Premier League champions Manchester City kicked off the weekend by thrashing Arsenal 5-0 at the Etihad Stadium on Saturday. Following this one-sided match, five of the following nine matches ended as draws. The week ended with the other Manchester club (Manchester United) beating Wolves 1-0. The remaining results for the exciting weekend can be seen below.