PSG, Real Madrid, Man City, Man Utd: Find Out Which Club Has The Most Expensive Squad

According to the report, the average transfer prices paid each league to put together the current roster is roughly 407 million euros in the English league. 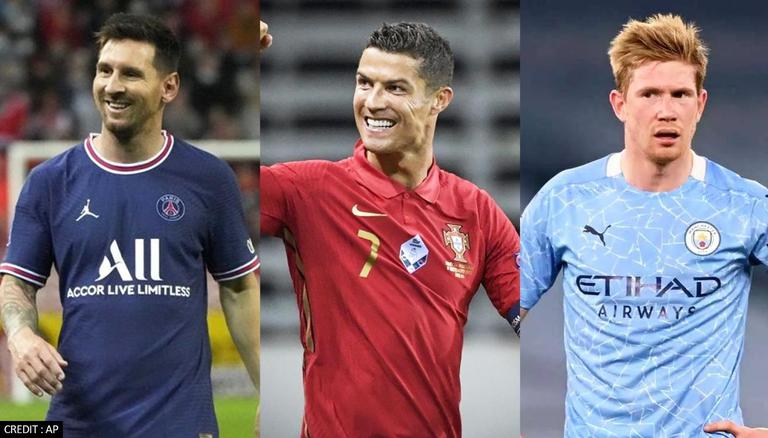 
Manchester City and Manchester United, both from the English Premier League, remain at the top of the list when it comes to spending big money to assemble their squads. Manchester City have committed a massive €1.08 billion in player signings for the 2021-22 season, according to a report in the Weekly Post.

Manchester United are in second place with a budget of €866 million, excluding potential add-ons, which would bring the total to €1.023 billion. While City's expenditure increased by €44 million from the previous season, United's spending increased by a whopping €179 million from 2019. 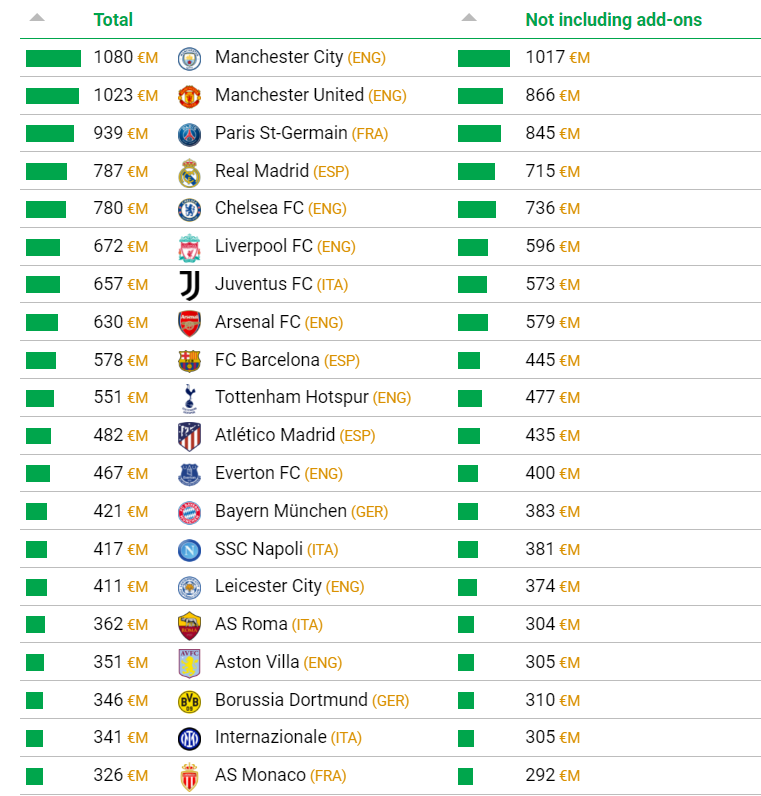 This season, English clubs are dominating the ranking, with six sides occupying a slot in the top-10 spenders' list. According to the report, the average transfer fees spent by a Premier League side stands at around €407 million and the French league averages approximately €130 million.

The football season in Europe has begun and will last until the summer of 2022. While Manchester City are the defending English champions, Lille topped the Ligue 1 table last season. Atletico Madrid are the defending champions in Spain, with Inter Milan working in Italy to defend their Serie A crown.

READ | Khabib on Ronaldo: 'A month ago, he told me that he was moving to Manchester United'
Tags: PSG, Real Madrid, most expensive squad in world
First Published: 6th September, 2021 21:49 IST