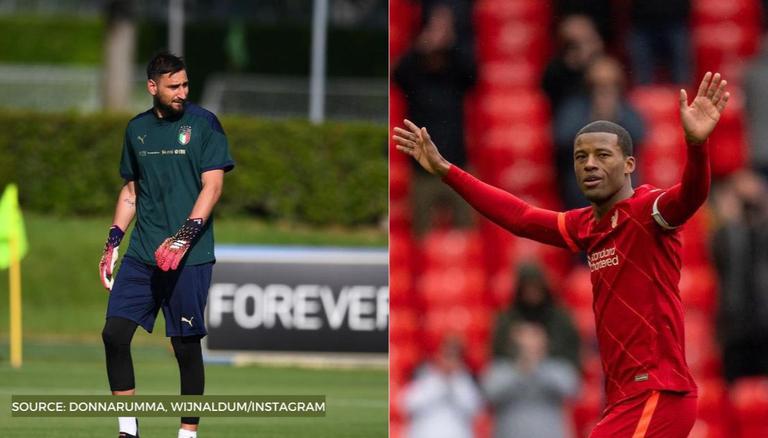 French giants Paris Saint-Germain are linked to Donnarumma transfer with the Italy goalkeeper set to leave AC Milan at the end of his contract this month. According to PSG transfer news, the Ligue 1 outfit is closing in on Gianluigi Donnarumma and has been reported to offer the AC Milan shot-stopper a five-year deal.

Interest but still no bid from Barça and Juve - Szczesny and ter Stegen are staying.

Gianluigi Donnarumma has been one of the most sought-after goalkeepers in world football, having made over 251 appearances for AC Milan across competitions while being just 22 years old. The Italian shot-stopper has close to 90 clean sheets to his name for the club and was a vital cog in Stefano Pioli's side that managed to get back in the Champions League after a seven-year exile from the European competition. He is set to leave AC Milan and expected to switch clubs as a free agent after the Serie A outfit failed to reach an agreement with the player's agent, Mino Raiola, over Gianluigi Donnarumma contract extension.

According to various reports, Paris Saint-Germain have offered Donnarumma a five-year deal with Donnarumma salary PSG expected to hover around £10.3m alongside add-ons. Apart from PSG, Spanish giants FC Barcelona were also keen on acquiring the 22-year-old goalkeeper's services but are rumoured to be out from the race citing PSG's mega offer. Currently with the Italian team away on national duty, Donnarumma is expected to undergo his medical at Coverciano training base with PSG looking to finalise the transfer as soon as possible.

Gianluigi Donnarumma is not the only player that Paris Saint-Germain have snapped up from FC Barcelona with former Liverpool midfielder Georginio Wijnaldum also expected to join the French outfit over FC Barcelona ahead of the next season. The Netherlands international was expected to reunite with former Holland national team head coach Ronald Koeman at the Spanish outfit with a free transfer seemingly imminent. However, PSG managed to swoop in and reportedly offered the 30-year-old midfielder double wages to lure him away from the Camp Nou to France on a free transfer.

The former Liverpool star is set to have completed his medical at the Dutch training camp ahead of the proposed move. Georginio Wijnaldum has been rumoured to have already signed a 3-year deal tying him with Paris Saint-Germain until 2024. The official announcement is subject to the successful completion of the medical which is set to take place soon before the start of the European Championship in a week's time.

The French outfit is also negotiating with Everton over striker Moise Kean with PSG looking to get the striker on a loan deal rather than spending €40m for a permanent transfer. The Merseyside team on the other hand awaits news on their new manager before taking a decision on letting go of one of their most prized assets on loan to PSG for the upcoming season.